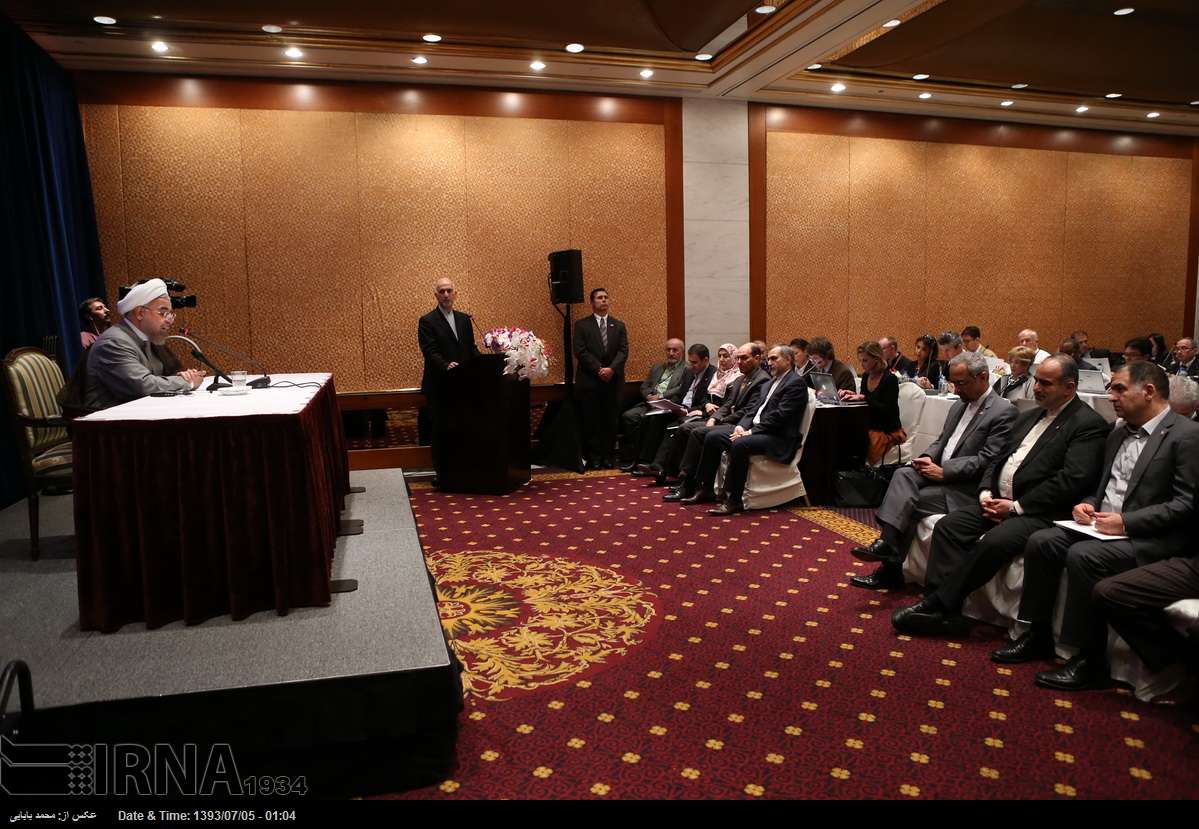 Iran’s President Hassan Rouhani says talks over the country’s nuclear energy program have made little progress, calling on the P5+1 group to speed up the process by showing flexibility.

“Since the previous negotiations until today, we have really shown the required flexibility and now it is the other side’s turn to show flexibility, so that the issue can be resolved,” Rouhani said at a Friday press conference on the sidelines of the 69th meeting of the UN General Assembly in New York.

“The time remaining to reach an agreement is short and the progress we have witnessed over the past days has been very very slow; it needs to be faster, so that we can reach the agreement based on the realities,” the Iranian chief executive pointed out.

Rouhani noted that any nuclear deal should recognize Tehran’s right to enrichment on Iranian soil and include total removal of sanctions against the country.

Iran seeks a win-win agreement which both guarantees the Iranian nation’s rights and allays the concerns of other countries, he said.

“In the nuclear talks, I had really never seen as serious a tone as [the one] I witnessed in recent days, and I have no doubt [about it] as I have followed up past negotiations as well,” the Iranian president pointed out.

Rouhani said that all countries are awaiting the swift settlement of the nuclear issue, so that they can promote their economic relations with Iran.

“Iran is a very important country with enormous potential in the region and this agreement will be definitely to the benefit of all countries, not only economically, but also politically and also with regards to peace, stability and security,” he noted
.
On Friday, senior Iranian negotiator Abbas Araqchi said nuclear talks between Iran and the P5+1 (permanent members of the UN Security Council plus Germany) had reached a “breathtaking” stage.