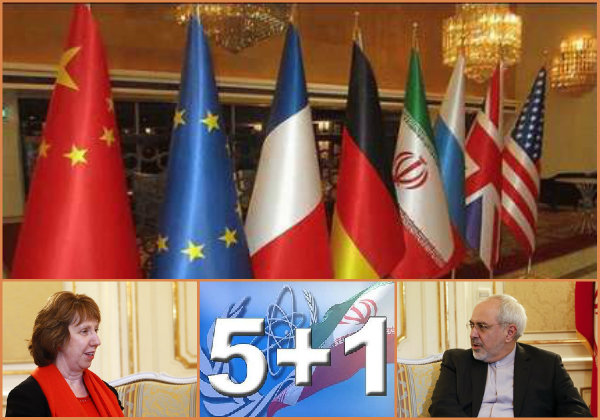 No headway made in Iran-sextet nuclear talks

TEHRAN (Tasnim) – Iran and six world powers wrapped up the most recent round of negotiations on Tehran’s peaceful nuclear energy program in New York without making any significant progress on the major differences, a source close to the talks said.

The negotiations came to an end with a trilateral meeting among Iranian Foreign Minister Mohammad Javad Zarif, US Secretary of State John Kerry and the EU foreign policy chief Catherine Ashton on Friday night.

It was the second such meeting in two days. The gathering, which lasted more than two hours, was reportedly held in a “serious and explicit” atmosphere, and focused on the political, technical and legal aspects of Iran’s nuclear work as well as the unilateral sanctions imposed on the country.

“The talks did not result in any remarkable progress on settling differences and the two sides decided to resume consultations in the near future,” the source added.

Meanwhile, a diplomat announced that representatives from Iran and the US, Britain, France, Germany, Russia and China would likely meet again in the coming weeks, but no date and venue have been set.

Iranian President Hassan Rouhani said at a news conference in New York on Friday that the “progress we have witnessed in recent days has been extremely slow.”

The nuclear talks between Iran and the six nations (known as G5+1, P5+1 or E3+3) restarted last week after a two-month hiatus.

The negotiating parties were trying to hammer out a lasting agreement on Tehran’s nuclear case.

The two sides signed an interim nuclear deal in the Swiss city of Geneva in November 2013.