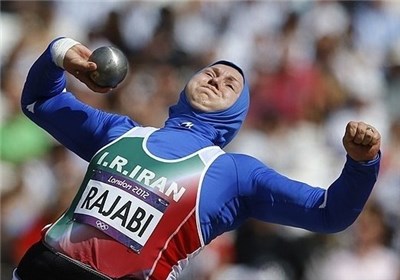 The Iranian athlete won the silver medal with a throw of 17.80 meters at the Incheon Asiad Main Stadium.

“I am so happy because of winning the silver medal. My rival (Gong Lijiao) who won the gold medal is a world champion,” Rajabi said.

China’s Gong Lijiao snatched the gold medal with19.06 meters and her compatriot Tianqian Guo seized the bronze medal with 17.52 meters.