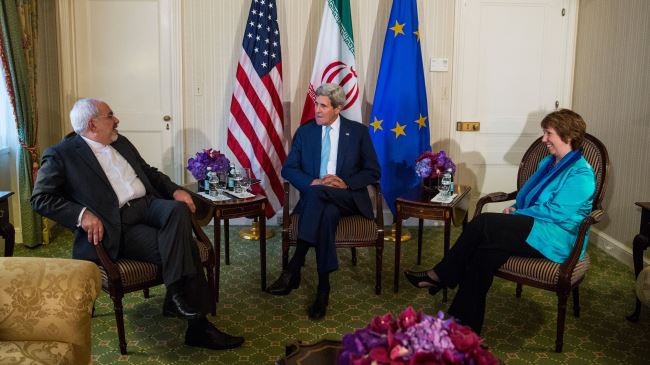 The Iranian foreign minister, the US secretary of state and the EU foreign policy chief have held a second trilateral meeting in New York to discuss technical, political and legal aspects of Tehran’s nuclear energy program.

Mohammad Javad Zarif, John Kerry and Catherine Ashton on Friday held a two-hour meeting where they discussed the nuclear issue as well as sanctions against Tehran.

The meeting was described as useful and constructive, but it didn’t lead to any significant progress regarding the remaining differences over Iran’s nuclear energy program.

The three sides decided to continue their consultations in the future.

According to Iran’s Foreign Ministry, at the end of the talks Zarif discussed the issue of Iranians incarcerated or sued by Washington and called for their immediate release.

A source at the Iranian Foreign Ministry noted that apart from the issue of Iranian inmates which was discussed on humanitarian grounds, Tehran does not discuss any other matter with Washington, including the threat of the ISIL and extremism.