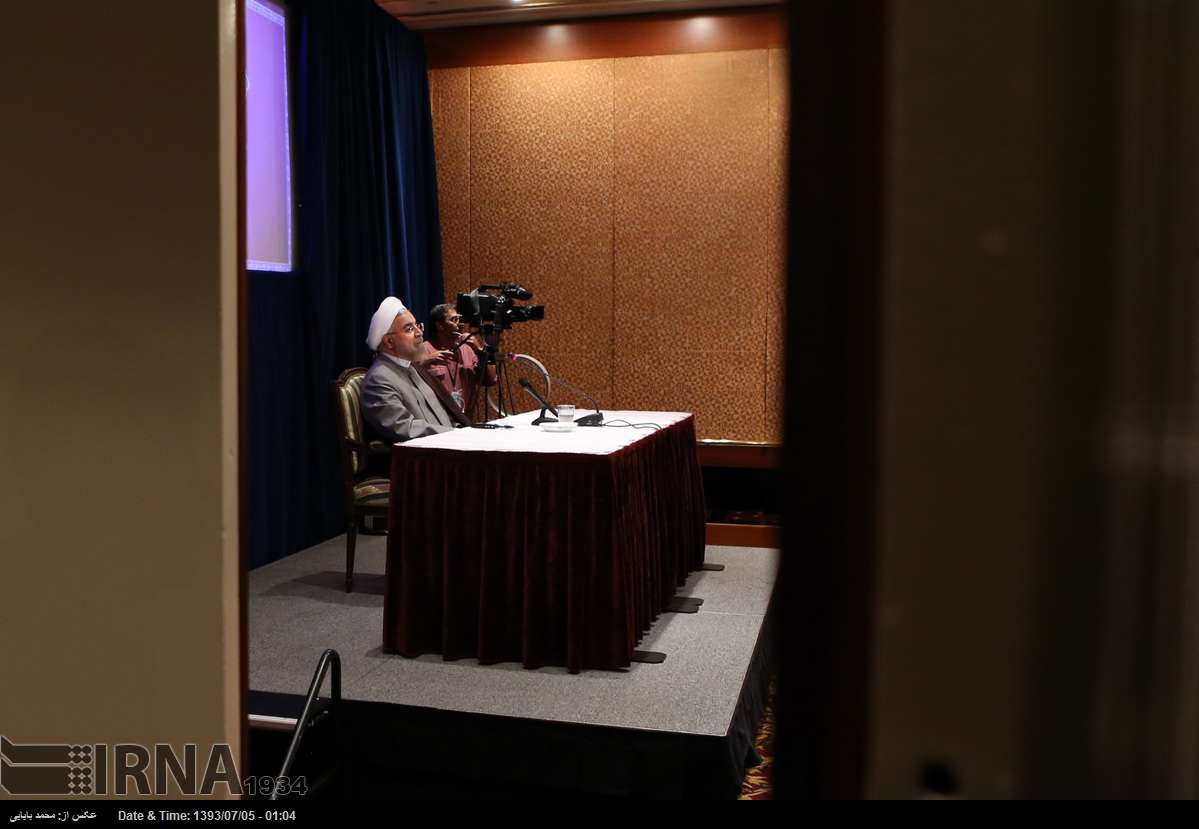 “I personally have doubts about the objectives of bombarding Syria (by the US-led coalition), because I believe that countering a certain terrorist group and strengthening another terrorist group implies making a paradoxical and contradictory move,” Rouhani said at a press conference on the sidelines of the 69th annual session of the United Nations General Assembly in New York on Friday.

He was referring to the recent US-led airstrikes targeting the Islamic State in Iraq and the Levant (ISIL) terrorist group’s bases in Syria which comes against the backdrop of Washington’s decision to equip and train other terrorists in Syria, whom it describes as “moderate rebels”.

“All terrorists are bad, and we cannot say one terrorist group is bad and the other one is good,” the Iranian president stressed.

“Today, the terrorists have unified and are recruiting all anarchists. So all of us should join hands, because this is not a joke,” Rouhani added.

On September 22, the US, Bahrain, Qatar, Saudi Arabia, Jordan and the United Arab Emirates began launching airstrikes on the ISIL targets in Syria.

Using a mix of manned aircraft -fighter jets and bombers- plus Tomahawk cruise missiles, the strikes were part of the expanded military campaign that US President Barack Obama authorized nearly three weeks ago in order to disrupt and destroy the ISIL militants.