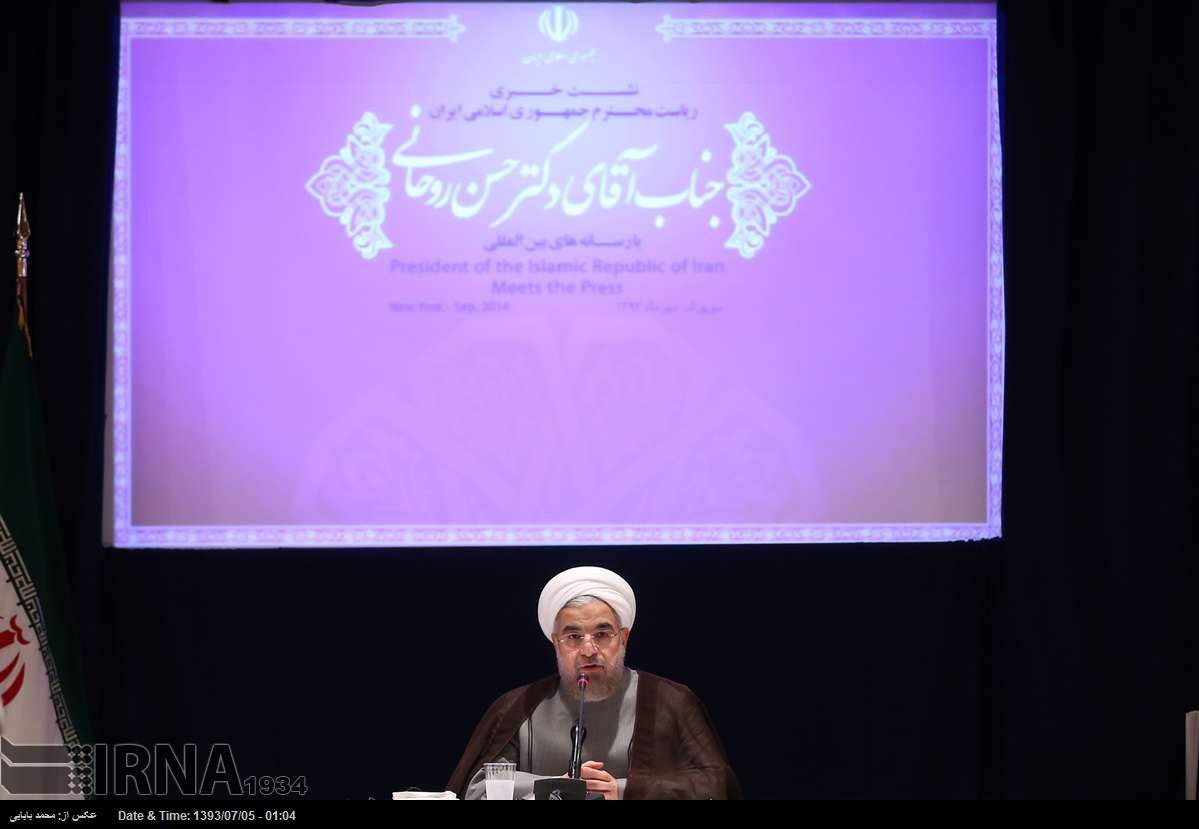 Iran leader: time not right for another phone call

UNITED NATIONS (AP) — Iran’s President Hassan Rouhani said Friday that the time isn’t right for another phone conversation or a meeting with President Barack Obama “because of the sensitivity that still exists between the two countries.”

One year ago, Obama and Rouhani came close to ending the decades-long freeze on face-to-face meetings between their countries’ leaders. Obama and Rouhani spoke by telephone for 15 minutes as the Iranian leader headed to the airport after his first appearance at the U.N. General Assembly’s annual meeting of world leaders.

It was the first time the presidents of the United States and Iran had talked directly since the 1979 Iranian revolution and siege of the American embassy. The conversation was hailed as an historic breakthrough.

Rouhani, peppered with questions about a repeat conversation at a news conference before heading home after this year’s ministerial meeting, said: “Not a meeting nor a telephone call had been included in the agenda nor been planned for, … nor intended to be a part of our visit this year to the U.N. General Assembly.”

Rouhani said there must be substantive reasons with “high objectives” for conversations between world leaders. If not, he said, “telephone calls are somewhat meaningless.”

The Iranian president said the time is not ripe as there still is too much sensitivity between the two countries.

A phone conversation between the two leaders “would only be constructive and fruitful when it is done according to a precisely laid plan with precisely clearly stated objectives,” Rouhani said. “Otherwise it will never be constructive or effective.”

An important first step would be for Iran and six major powers including the United States to reach agreement on the country’s disputed nuclear program.

He said progress so far “has not been significant,” and the pace must be speeded up if the Nov. 24 deadline for a final agreement is to be reached. But despite the slow pace, he said, Iran believes an agreement can be reached if both sides “show courage, the will, the strength … along with the appropriate needed action and the needed flexibility.”

Once there is a nuclear agreement, Rouhani said, the first step will be restoring trust between United States and Iran, saying “the lack of trust” is the most important issue between the two countries.

“The people of Iran must learn to trust again, and the interlocutors must earn that trust again,” Rouhani said.

Rouhani, responding to repeated questions about Iran joining the U.S.-led coalition against the Islamic State terrorist group, stressed the country’s past, present and future commitment to combatting terrorists “until we eradicate them,” but he raised questions of his own about America’s intentions.

“We do not know the details of such intentions,” he said. “At the very least from my own part, I can say I have my doubts about the Syria portion of these announcements. What is the ultimate goal and objective of the aerial bombardments? What endgame are they seeking?”

Rouhani stressed that a country seeking to intervene must ask for permission – and be asked to help – before launching attacks. Iraq asked the U.S. for help but Syria did not, though the Obama administration informed President Bashar Assad’s government before it launched airstrikes.

Rouhani stressed that Iran was the first country to come to Iraq’s aid when fighters from the Islamic State group crossed the border and helped prevent the takeover of Irbil and Baghdad. He said Iran will respond positively to any request to fight terrorists.