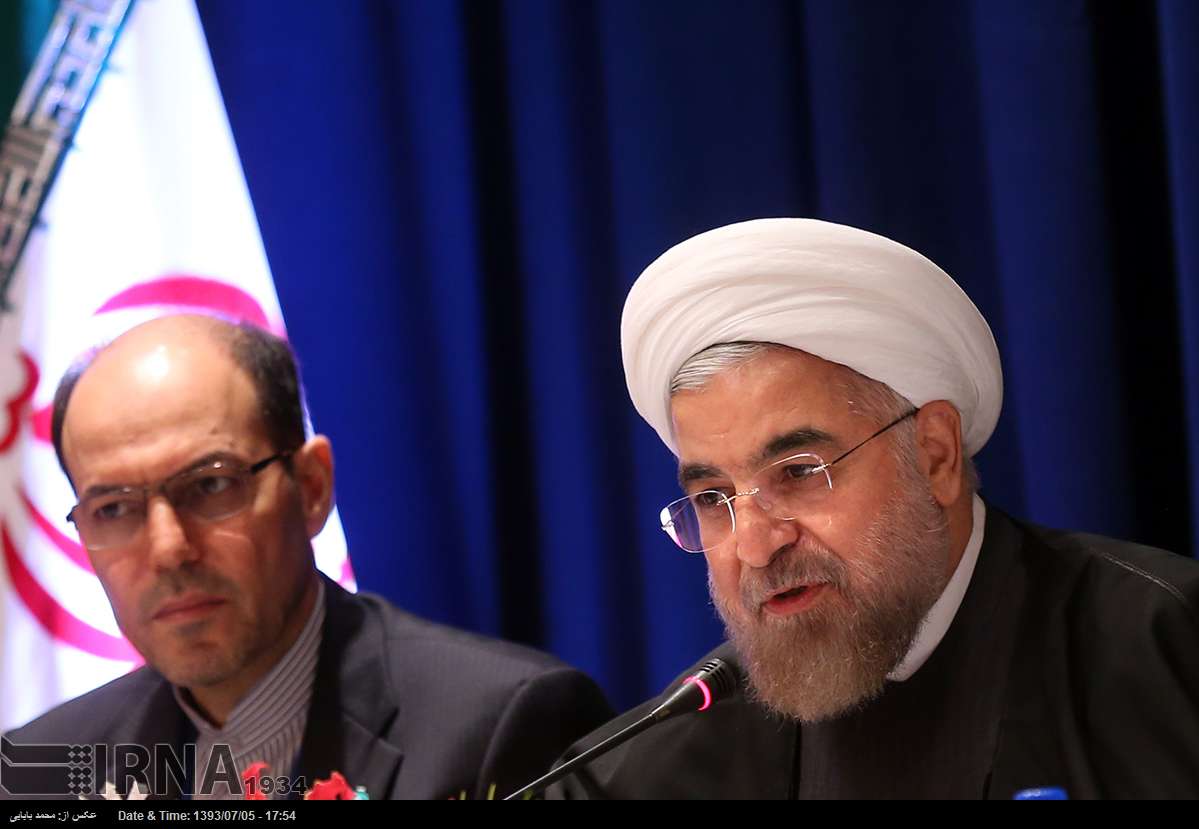 TEHRAN (Tasnim) – Iranian president emphasized that a final, comprehensive agreement on Tehran’s nuclear energy program should entitle Iran to continue enriching uranium on its soil and remove the whole sanctions imposed on the country.

“(Uranium) enrichment will go on inside Iran, and any agreement that does not include enrichment will not be acceptable in our view. Moreover, the sanctions should be lifted and any deal that does not assert the removal of the sanctions will not be acceptable in the Iranian people’s view,” President Hassan Rouhani said at a press conference on the sidelines of the 69th annual session of the United Nations General Assembly in New York on Friday.

When there is talk of sanctions, Iran wants the whole “illegal” sanctions removed, the president added, referring to the entire unilateral sanctions imposed either by the US, the European Union or by the UN Security Council.

Rouhani reiterated that Iran will push ahead with its peaceful nuclear work within the framework of the international law and under the International Atomic Energy Agency’s surveillance.

The Iranian president made it clear that Tehran seeks an accord that would benefit both sides. Such a deal, Rouhani said, upholds the Iranian nation’s rights and at the same time allays possible concerns on Tehran’s civilian nuclear work.

Nuclear negotiators representing Iran and the Group 5+1 (also known as the P5+1 or E3+3) started a new round of talks on Tehran’s nuclear program in New York last week. The negotiations were wrapped up on Friday night without making any tangible progress.