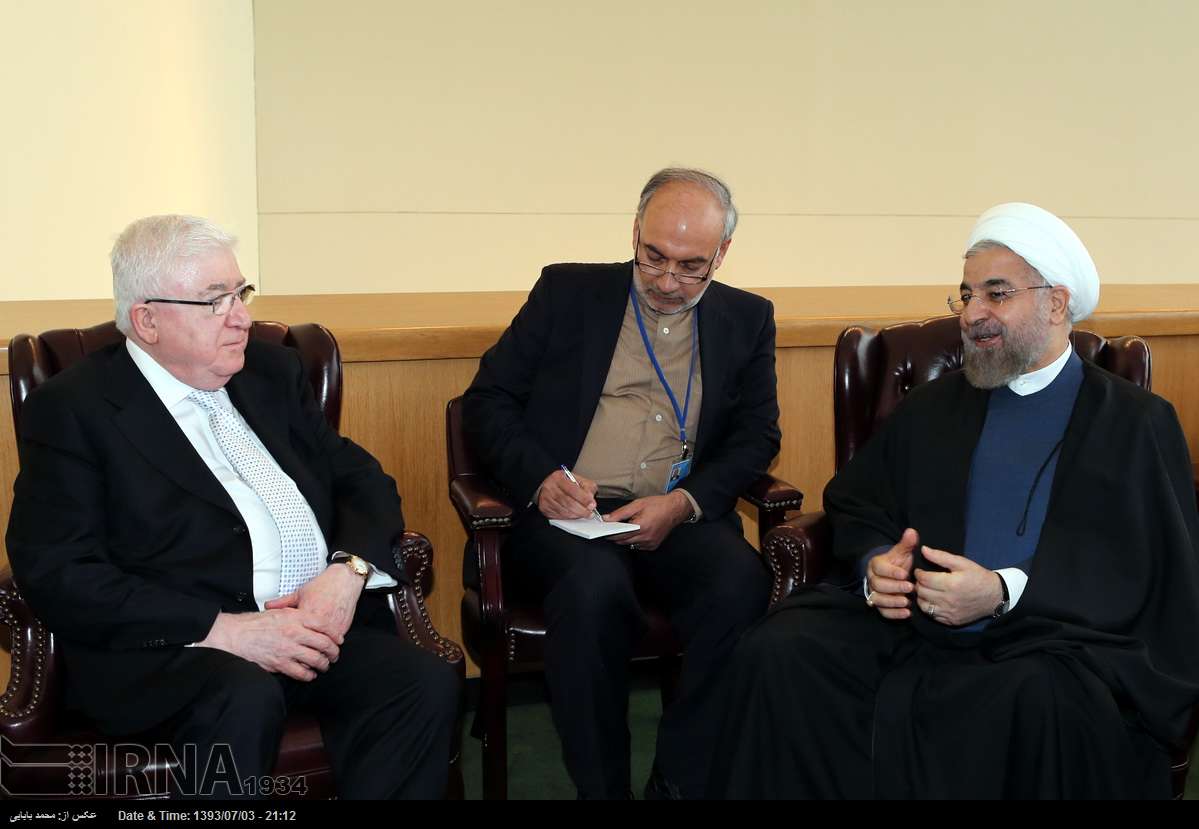 In his meeting with President Fouad Massoum on the sidelines of the UN General Assembly annual meeting, President Rouhani stressed that national discord in Iraq and disintegration of that country will neither serve the Iraqi nation’s interests, nor that of the regional countries.

“The entire Iraqi tribes, including the Shiite, Sunni and Kurdish folks must have shares in the Iraqi governance system,” said President Rouhani.

The Iranian president said that Iran is determined to expand comprehensive relations with all its neighbors.

“Iraq, in particular, enjoys a special status in Iran’s foreign policy and Iran, with its huge economic, cultural and political potentials and capacities can be a good partner for Iraq,” he added.

Iraq’s President Fouad Massoum, for his part, said that the two countries’ shared historical and cultural interests are both strong and very old and the Iraqi high-ranking official believe they should always be further expanded and deepened.

President Massoum recalled the Islamic Republic of Iran’s support for the opponent forces against the former Iraqi dictator Saddam Hussein, adding that even today if Iran’s constant support had not existed getting rid of the IS nuisance would not have been possible.