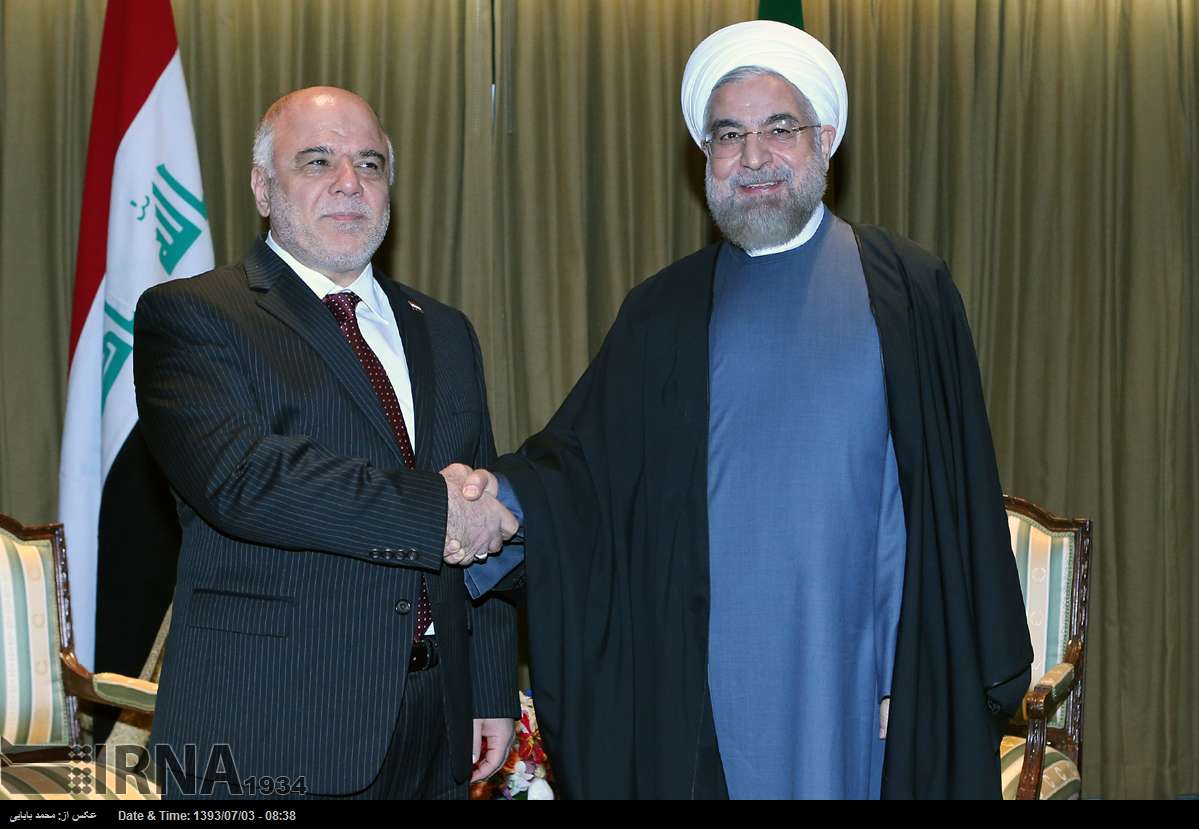 “The Islamic Republic has helped Iraq as a religious duty and a … brotherly obligation and will continue its assistance,” the Iranian president said.

Rouhani, who is in New York for the annual meeting of the United Nations General Assembly, made the remarks in a meeting with Iraqi Prime Minister Haider al-Abadi on Wednesday.

“For this purpose (helping Iraq), we have never gotten permission from anybody, will not ask permission and will not allow any country to meddle in the relations between Iran and Iraq,” Rouhani stated.

Iraq has been grappling with deadly turmoil triggered by the ISIL Takfiri group. The ISIL terrorists control large swathes of Syria’s east and north. The ISIL sent its Takfiri militants into Iraq in June, seizing large parts of land straddling the border between Syria and Iraq. They have threatened all communities, including Shias, Sunnis, Kurds, Christians, Izadi Kurds and others, as they continue their atrocities in Iraq.

“Iran will stand by the Iraqi nation as it has been standing by Iraq since the beginning [of outbreak of violence in Iraq],” the Iranian president said, adding that the Islamic Republic will sincerely provide the Iraqi government with any assistance that it can.

The Iraqi premier, for his part, said Iraq highly values relations with Iran and reiterated Iran’s backing for Iraq. He further noted that Iran’s position in offering consultations and dispatching humanitarian aid for the Iraqi nation resulted in Baghdad’s capability to hinder terrorists’ advances.

Senior Iraqi officials have blamed Saudi Arabia, Qatar, Turkey and some other Persian Gulf Arab states for the growing terrorism in their country.