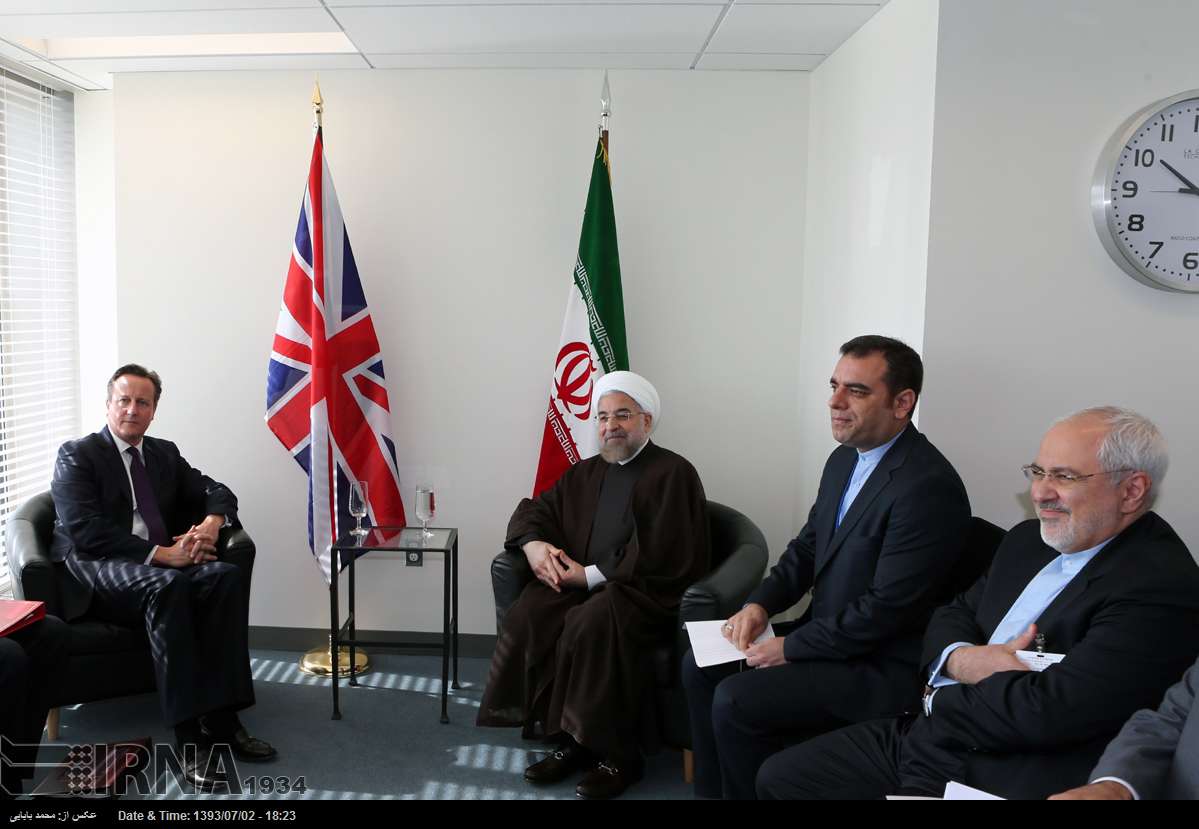 (Reuters) – British Prime Minister David Cameron’s office said on Wednesday he and Iranian President Hassan Rouhani agreed that the two countries should work to improve ties and it was crucial for Tehran and major powers to reach a long-term nuclear deal.

The Prime Minister and President, who met at the United Nations in New York in the first such meeting since the Iranian Revolution in 1979, also discussed the threat from Islamic State militants, who have taken over parts of Syria and Iraq.

“The PM and President acknowledged that there had been significant differences between their countries in the past, and agreed that we should seek to progressively improve our bilateral relationship,” Cameron’s office said in a statement.

Britain severed direct diplomatic relations with Iran after hardline activists stormed its embassy in Tehran in late 2011. The 2013 election in Iran of Rouhani, a softspoken pragmatist who replaced the fiercely anti-Western Mahmoud Ahmadinejad, paved the way for a thaw in ties.

London announced in June that it would reopen its embassy in Iran in the coming months.

The statement said Cameron and Rouhani agreed that nuclear negotiations between Iran and Britain, China, France, Germany, Russia and the United States were at a “critical moment and that it was vital to seize the opportunity of securing a comprehensive (atomic) agreement.”

Iran’s official news agency IRNA quoted Rouhani as telling Cameron: “I hope we can reach a comprehensive deal with the strong will of all parties involved because there is no other way to resolve this issue but reaching a common understanding.”

The talks are expected to continue until Friday. Diplomats close to the negotiations say a breakthrough is unlikely, even though a Nov. 24 deadline for a deal is only two months away.

The British statement said “The Prime Minister and President noted the threat posed to the whole region by ISIL (Islamic State), and agreed that all states in the region must do more to cut off support for all terrorist groups, including financial support.”

It added that Cameron welcomed Iran’s support for the new government of Iraq and its efforts to encourage the creation of an inclusive Iraqi government that represented all groups in the country.

“He (Cameron) argued that a similar approach was needed in Syria, to promote a transition to a new Government capable of representing all Syrians,” Cameron’s press office said.