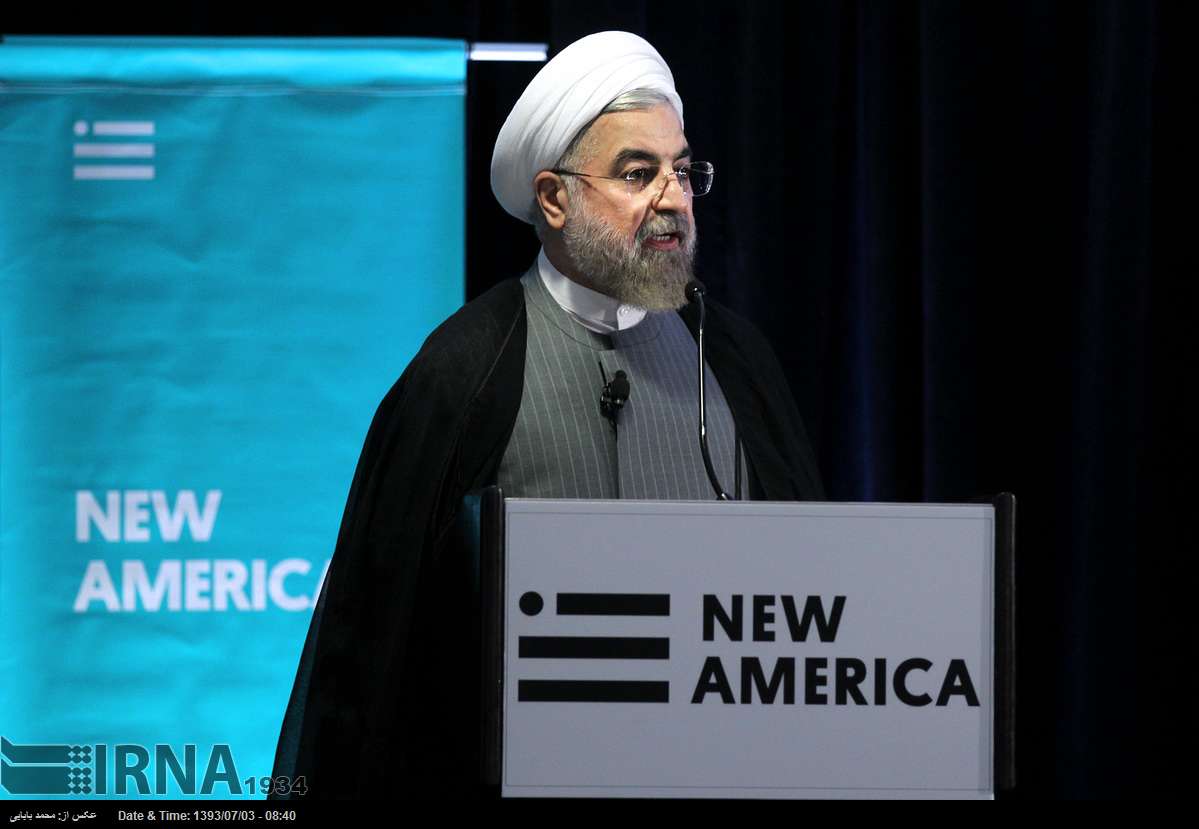 TEHRAN (Tasnim) – Iran’s President Hassan Rouhani said differences between Tehran and Washington will not be solved merely by handshaking.

“There are many problems existing between us which will not be resolved only by the handshaking of the two countries’ presidents,” Rouhani said Wednesday in a meeting in New York with American activists, thinkers and investors.

He made the comment in response to one of the participants in the meeting who requested that Iran and the US reopen their embassies in Washington and Tehran and the two presidents shake hands on the sidelines of the UN General Assembly.

Tehran and Washington cut diplomatic ties in 1979 after the US Embassy, which had turned into a center for espionage, was taken over by Iranian students.

Elsewhere in his remarks, President Rouhani turned to the nuclear talks between Iran and world powers over Tehran’s peaceful nuclear energy program. He said If what the West and the Group 5+1 (the five permanent UN Security Council members plus Germany) want  is for Iran to have peaceful nuclear technology without deviation toward weapons, it is OK with Iran.

The Iranian chief executive further referred to the Geneva Deal and said it proved that what is agreed (between the two sides about the nuclear issue) can become operational.

Nuclear negotiators representing Iran and the Group 5+started a new round of talks on Tehran’s civilian nuclear work in New York since last week.