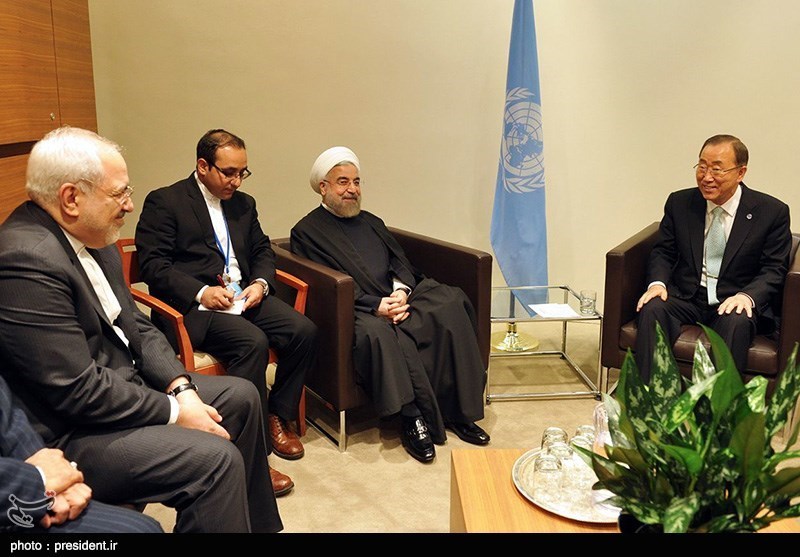 In a meeting with Iranian President Hassan Rouhani in New York on Tuesday, Ban said the talks on Tehran’s nuclear program are gradually moving toward a final deal.

Ban expressed the hope that the whole negotiating parties would seize the opportunity to secure a comprehensive nuclear deal, which he said would benefit the all sides.

A final accord on Iran’s nuclear program is possible through flexibility and adoption of moderate approaches, the UN chief added.

President Rouhani, for his part, described it as a great mistake to think Iran was forced to attend the nuclear negotiations with world powers under pressure.

“Iran entered negotiation with serious resolve and in order to serve the interest of itself and others,” he explained.

“As long as the Iranian nation’s rights are not damaged, we are prepared for agreement,” the president underlined.

Nuclear negotiators representing Iran and the six world powers (Russia, China, the US, Britain, France and Germany) started a fresh round of talks on Tehran’s civilian nuclear work in New York on Friday.