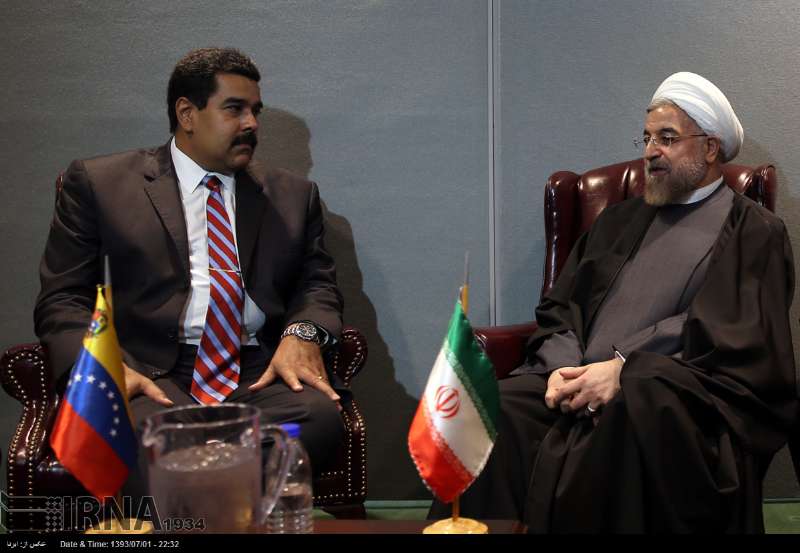 Referring to the friendly and constructive bilateral relations in the past, the Iranian president stressed that the past interest for strengthening the Tehran-Caracas relations still exists; adding that he believes the other countries’ influence should not affect such friendly relations.

President Rouhani expressed satisfaction for the restoration of stable conditions in Venezuela, emphasizing Iran’s will for improvement of relations with that country.

“Iran and Venezuela have shared stands on a noticeable number of issues in various fields, including having quite the same stands on campaign against terrorism,” he added.

Rouhani said that it is hard to believe that the same people who established these terrorist groups are today determined to uproot them.

“Today the countries that are the major victims of terrorism should be the pioneer in the campaign to uproot them, while the others should assist them in this campaign,” he added.

President Maduro, too, for his part highlighted the significance of Tehran-Caracas relations, arguing that this was also the suggestion of the late Venezuelan leader, Hugo Chavez.

Elsewhere in his remarks Maduro considered the terrorists the real enemies of the mankind, agreeing with President Rouhani on the point that those powers that have provided missiles and weapons for the terrorists are strangely stepped forth as the pioneers of campaign against them today.

“Independent countries, such as Iran and Iraq should enter the scene for assisting Syria in this campaign,” he said.