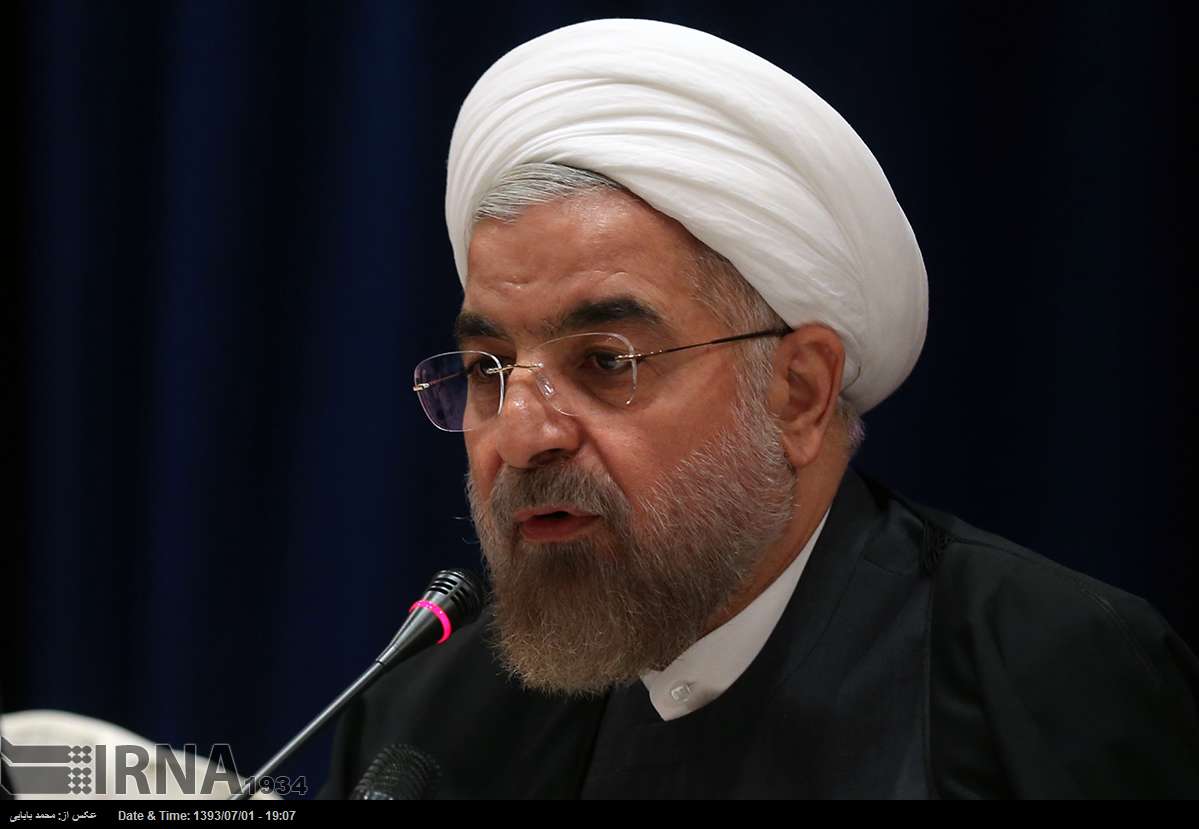 Iran’s President Hassan Rouhani says political conflicts and wars in the Middle East have hindered efforts made to reach agreements on resolving environmental problems in the region.

“The continuation of political conflicts and war in neighboring countries [of the Middle East] has unfortunately emerged as an obstacle on the way of achieving practical and lasting agreements to settle the regional environmental problems,” President Rouhani said addressing a session of the Climate Change Summit at the United Nations in New York on Tuesday.

He stressed the importance of cooperation among regional countries to solve the environmental problems, particularly the global warming crisis, and said illegal sanctions should not pose a danger to people’s health.

“The Islamic Republic of Iran welcomes cooperation with state and private sectors at national, regional and international levels in order to bolster national measures taken to confront climate change and is committed to facilitating such cooperation through the establishment of joint…firms [with other countries],” Rouhani stated.

United Nations Secretary-General Ban Ki-moon is hosting the day-long Climate Summit which is to discuss actions and solutions that are focused on accelerating progress in areas that can significantly contribute to reducing emissions and strengthening resilience – such as agriculture, cities, energy, financing, forests, pollutants, resilience and transportation.