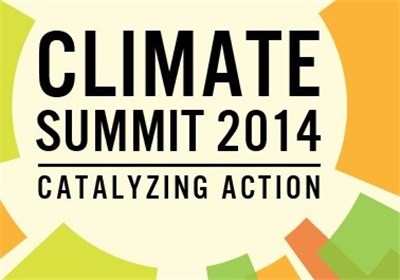 President Rouhani made the comments in an address to the Climate Change Summit at the United Nations in New York on Tuesday.

“The Islamic Republic of Iran welcomes cooperation with public and private sectors at national, regional and international levels in order to improve national measures taken to confront climate change and is committed to facilitating such cooperation through establishing Iranian and foreign firms,” Rouhani stated.

“Illegal sanctions should not pose a danger to people’s health,” he noted.

He also said that the continuation of political conflicts and wars in neighboring countries has unfortunately become an obstacle in the way of achieving practical and lasting agreements to settle the environmental problems in the region.

UN Secretary General Ban Ki-moon hosted the summit of 120 leaders, the first high-level gathering since the Copenhagen conference on climate change ended in disarray in 2009.