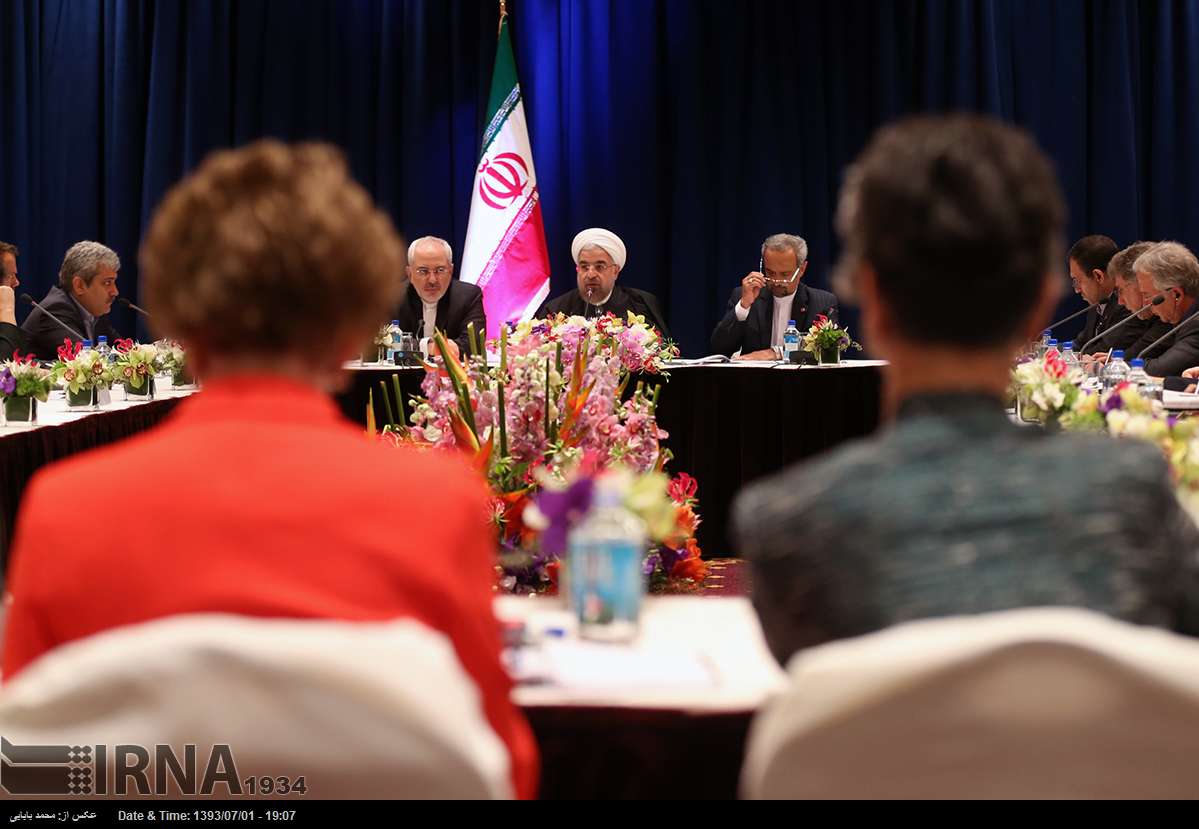 Rouhani rules out meeting with Obama in New York

Tehran, Sept 23, IRNA – President Hassan Rouhani said Tuesday that there is no plan to hold a meeting with US President Barack Obama in New York dismissing a suggestion to that effect.

The president currently on a visit to New York to attend the UN General Assembly meeting, made the remarks responding to a question posed by a US newsman in a press conference in presence of a group of US media managers.

He ruled out any possible meeting with the US president, saying, any meeting at president level requires necessary preparations which sometimes takes several weeks.

Referring to his phone conversation with Obama last year, President Rouhani said that the conversation aimed at settlement of the dispute over Iran’s nuclear program and that resolving the dispute would lead to further cooperation between Iran and the US.

The president said that prolonging the nuclear talks has added to historical pessimism of the Iranian nation vis-a-vis the behavior of the West and the US, which he said created an obstacle on the way of immediate cooperation between the two countries on different regional and international issues.

Finding a settlement to Iran’s nuclear dispute with Washington would critically change the relations between Iran and the United States, the president added.

Rouhani said that reaching a final deal on Iran’s nuclear issue would undoubtedly give a boost to Tehran-Washington cooperation so that the two countries would cooperate on the fight against terrorism and restoring peace and security in the highly sensitive region of the Middle East.