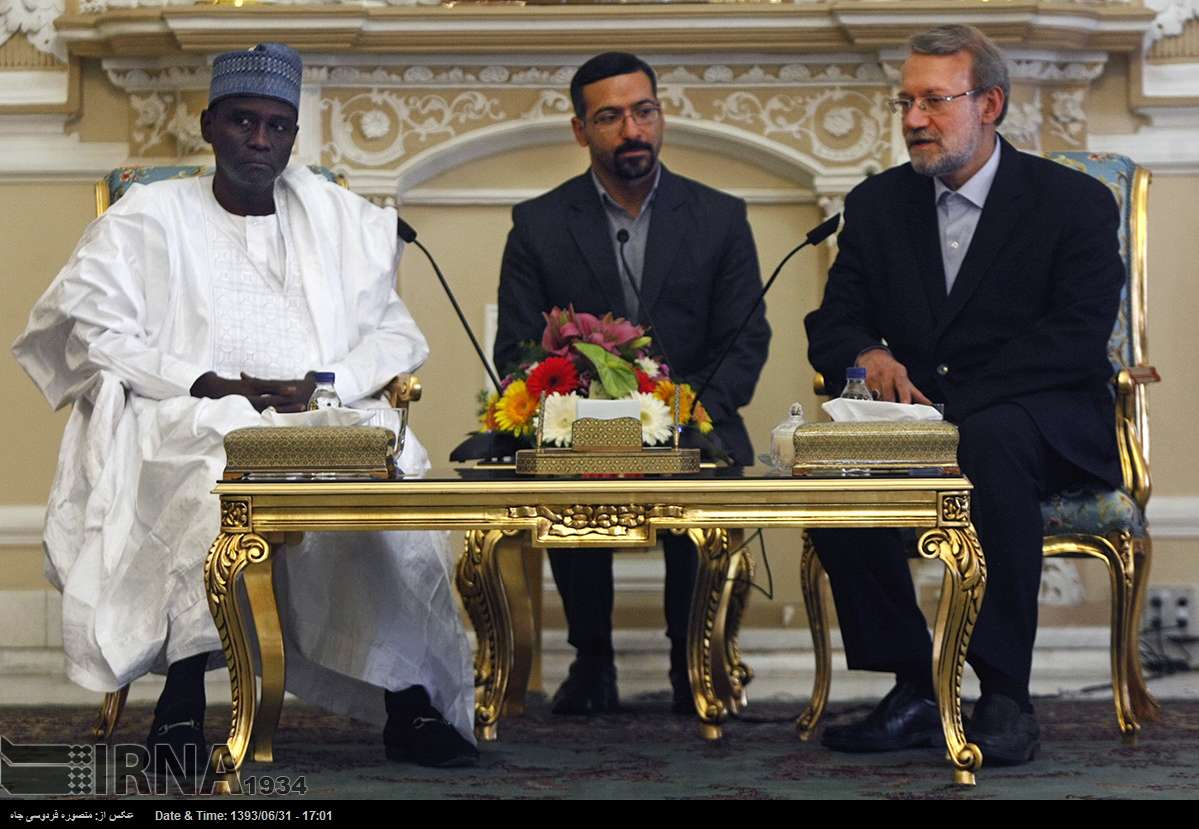 Iranian speaker blames US for spread of terrorism

TEHRAN (Tasnim) – Iranian Parliament Speaker Ali Larijani described the double-standard policies adopted by the US and its allies toward terrorism as the root cause of the spread of the ominous phenomenon in the region, particularly in Iraq and Syria.

“Terrorism is an international problem, and unfortunately, the US and some other Western countries have paved the way for its spread through adopting double-standard approaches in some regions like Syria and Iraq,” Larijani said during a meeting with the visiting Nigerian Parliament’s head of the Agriculture Commission, Mohammad Taher Mongono, in Tehran on Monday.

“We believe that serious measures should be taken to combat the sinister phenomenon,” he noted.

Elsewhere in his remarks, Larijani commented on the age-old relations between Tehran and Abuja, and emphasized the necessity to utilize the two countries’ capacities to promote bilateral ties in all spheres, particularly parliamentary relations.

“Nigeria as an important country in the African continent has great capacities and capabilities especially in the area of agriculture, which should be used to promote mutual cooperation between the two countries,” the Iranian parliament speaker said.

Mongono, for his part, said the promotion of parliamentary relations between Iran and Nigeria would pave the ground for closer cooperation in other areas.

He also lauded Iran’s achievements in various fields, agriculture in particular, and called on the Islamic Republic to share its experience with Nigeria in this area.