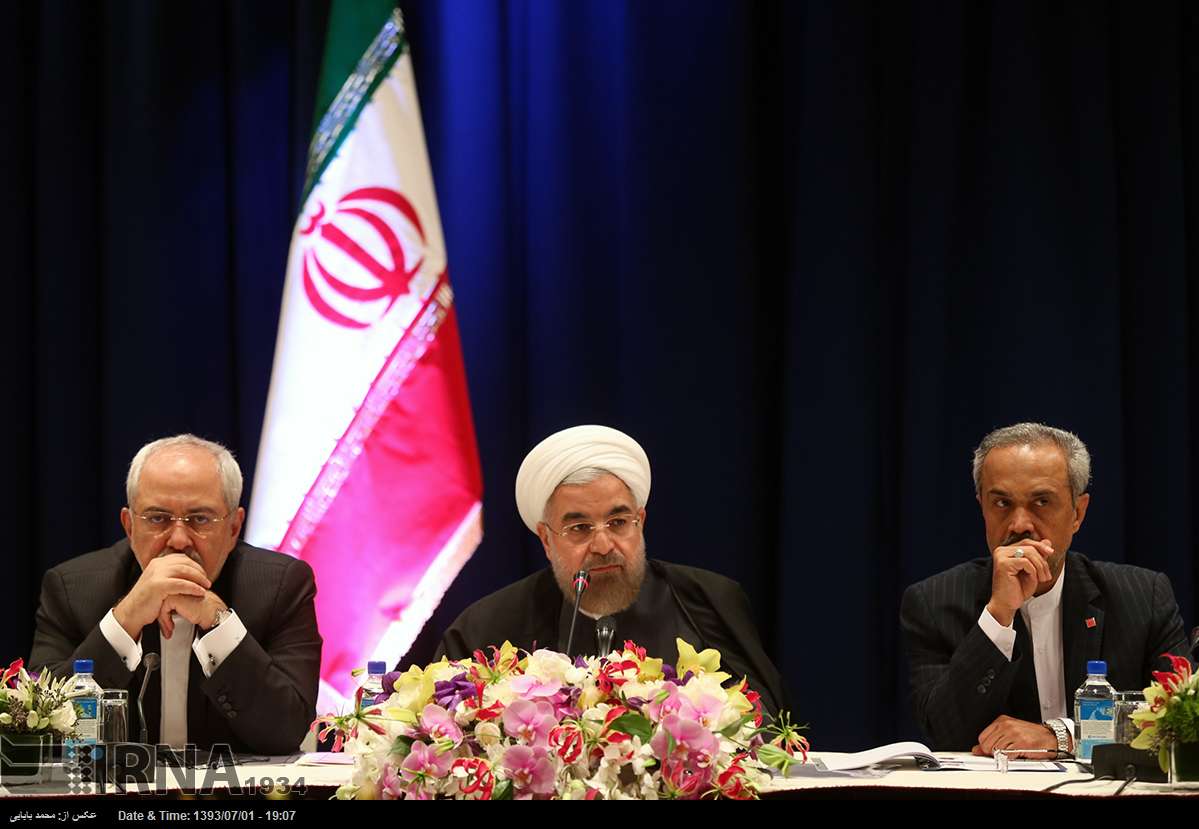 NEW YORK (AP) — Iran’s President Hassan Rouhani said Tuesday the U.S.-led coalition’s airstrikes in Syria are illegal because they were not approved by or coordinated with Syria’s government.

Meeting with a group of senior editors on the first day of the United Nations General Assembly gathering of world leaders, Rouhani stressed that Iran condemns the Islamic State group – although he did not single them out by that name and referred to only as “terrorists” – for trampling on human rights and torturing and killing civilians. He said Iran stands ready to help fight terrorism.

But Rouhani said the U.S. policy is confused because it simultaneously opposes the militants while also trying to undermine the government of Syria’s President Bashar Assad.

The arming of one group of rebels to fight against the Islamic State group while at the same time encouraging the same rebels to bring down the Assad government is a policy that is “clearly nebulous and ambiguous at best,” he said, adding, “I can assure you this will not succeed in the end.”

He suggested Washington now faces a challenge with its “time management” and should consider the goal of fighting the terrorists first and address its issues with the Syrian government later.

Syria’s Foreign Ministry said the U.S. informed Syria’s envoy to the U.N. that strikes would be launched in Syria.

The U.S. and Iran have been unable to work together to combat the Islamic State group, complicating efforts against militants that both Washington and Tehran see as a threat.

Iran’s supreme leader, Ayatollah Ali Khamenei, who has the final say on all state matters, decisively ruled out an alliance. He said Iran had rejected an invitation by U.S. Secretary of State John Kerry to discuss cooperation.

The United States, meanwhile, feared that bringing Iran into the fight could bolster its influence in Iraq. The U.S. also does not want to alienate key Sunni countries in its coalition.

Washington and Tehran were nonetheless in back-room contacts about cooperation for weeks. Some moderate voices in Iran’s diplomatic circles supported an alliance with the U.S. against the militants.

Any military cooperation and coordination between Iran and the United States is complex because the two countries have had relations frozen since shortly after the 1979 Islamic Revolution and do not have official diplomatic ties. However, the U.S. and Iran do share a common interest in supporting the Iraq government and opposing the Sunni militant extremists who have threatened religious minorities and other groups in both Iraq and Syria, and who are responsible for massacres and beheadings in Syria and Iraq.

Rouhani said that Iran was the first country to come to the aid of Iraq’s legitimate government when the Islamic State group was taking over the major cities of Mosul and Tikrit and threatened Baghdad itself earlier this year, and he said it will still stand by Iraq.

The Iranian president, making his second trip to the UN in New York since winning office in 2013, also said he hoped that Iran would be able to come to a nuclear deal with the United States and other Western countries in the next two months.

He said a number of differences remain, but the goal of a deal that would reassure the world that Iran’s nuclear program would be for peaceful purposes only and bring about an end to economic sanctions was too important to let fail.

“A final resolution is to the betterment of the region … and the world at large,” he said.