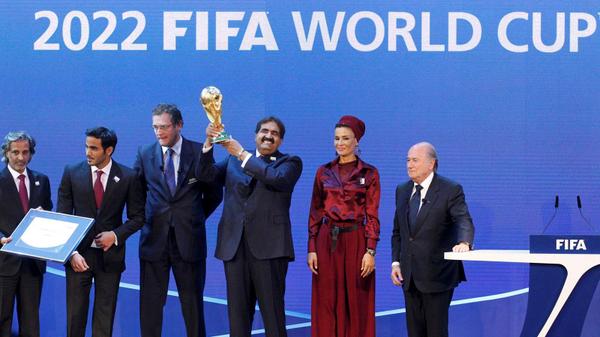 The 2022 World Cup will not be held in Qatar because of the scorching temperatures in the Middle East country, FIFA Executive Committee member Theo Zwanziger said on Monday.

“I personally think that in the end the 2022 World Cup will not take place in Qatar,” the German told Sport Bild on Monday.

“Medics say that they cannot accept responsibility with a World Cup taking place under these conditions,” the former German football (DFB) chief, who is now a member of the world soccer’s governing body FIFA that awarded the tournament to Qatar in 2010.

Although Qatar has insisted that a summer World Cup is viable thanks to cooling technologies it is developing for stadiums, training areas and fan zones, there is still widespread concern over the health of the players and visiting supporters.

“They may be able to cool the stadiums but a World Cup does not take place only there,” Zwanziger said.

“Fans from around the world will be coming and traveling in this heat and the first life-threatening case will trigger an investigation by a state prosecutor.

“That is not something that FIFA Exco members want to answer for.”

FIFA are looking to shift the tournament to a European winter date to avoid the scorching summer where temperatures routinely rise over 40 Celsius.

However, talk of a potential change away from the usual June-July dates has resulted in plenty of opposition from domestic leagues around the world, worried the schedule switch would severely disrupt them.

Both FIFA and Qatar World Cup organizers have also been fending off questions of corruption ever since they were awarded the tournament back in 2010, while Qatar has also been criticized for the conditions provided for migrant workers’ in the tiny but wealthy Gulf state.