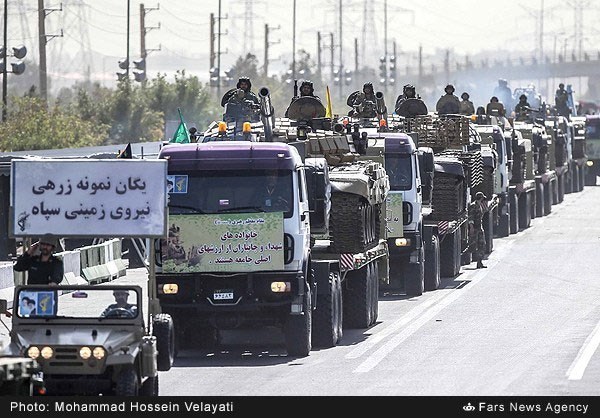 Iranian Armed Forces began military parades all over the country on Monday, the first day of the Sacred Defense Week which marks the onset of the Iraqi imposed war on Iran 34 years ago.

Iranian Foreign Minister Mohammad Javad Zarif has emphasized the importance of unity in the Muslim world, calling for efforts to fend off divisions among different religious groups.

Firouzabadi criticizes use of “Islamic State” for ISIL

Major General Hassan Firoozabadi, Chief of Staff of the Iranian Armed Forces, on Monday criticized the US officials for calling terrorists active in Iraq and Syria as “Islamic State”.

Commander: Iran to give crushing response to aggressors

A senior regional commander of the Iranian Army stressed full security at the country’s borders, and said the Armed Forces would give a crushing and rigid response to any enemy who would dare to make an aggression against Iran.

The head of the U.N. atomic agency is urging Iran to provide answers over suspicions that Tehran worked on nuclear arms.

The 13th edition of  International Resistance Film Festival (IRFF) has named winners of several sections at the event’s opening gala.