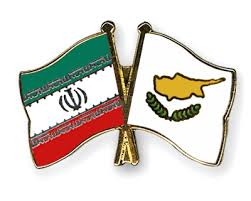 Foreign Minister Mohammad Javad Zarif on Sunday criticized narrow-minded policies of certain countries as the main cause of fostering the vicious phenomenon of terrorism in the region.

Zarif, currently in New York for nulcear talks with the P5+1, made the remarks in a meeting with his Cypriot counterpart Ioannis Kasoulides.

If those certain states fail to change their policies, their destructive aspects would swell in larger scales, warned the Iranian minister.

Referring to the common interests and threats facing Iran and Cyprus, Zarif stressed the need to boost further consultations between the two countries.

Meanwhile, Kasoulides expressed serious concern over presence of terrorist groups in the region.

He said particular states have helped spread of terrorism and instability in the region by supporting terrorist groups and interfering in internal affairs of other countries.

Kasoulides also expressed hope that the ongoing nuclear talks between Iran and the P5+1 group will lead to an acceptable solution which would guarantee Iran`s legitimate rights.

The bilateral negotiations were the 3rd round of their official consultations within the past two months on the remaining disputed issues.

By Islamic Republic Of Iran MFA