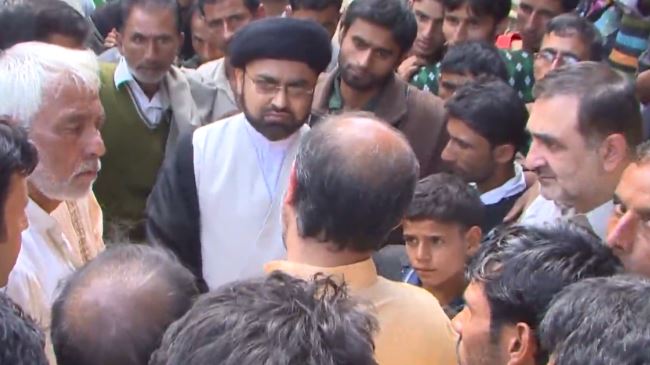 An Iranian delegation has visited the flood-hit Indian-controlled Kashmir to assess the situation and provide support to the people in the disaster zone, Press TV reports.

The delegation met the affected people on Sunday and expressed support for the stricken region.

The team was shocked at the level of damage inflicted by the devastating floods.

“We will see how we can help. We have already sent some relief materials from Delhi… to these people,” Seyed Taqi Naqavi, a member of the delegation, told Press TV.

The presence of the Iranian team in the flood-hit areas drew positive reactions among many, including the political and religious leaders of Kashmir.

“We are quite thankful to our Iranian brothers and the government that has sent the delegation here to assess the situation. This is probably the first international delegation that has come to see the situation. We hope that their efforts can be mobilized at an international level,” said Mirwaiz Umar Farooq, a senior leader of All Parties Hurriyat Conference.

The catastrophic floods, first in more than a century, have wreaked havoc in the Himalayan region, resulting in huge loss of life and property.

The heavy flood has claimed over 200 lives and displaced thousands of others.

This is while the local administration is under fire for its slow response to the crisis.

As Kashmir grapples with the aftereffects of the floods, messages of support and solidarity are pouring in from everywhere.