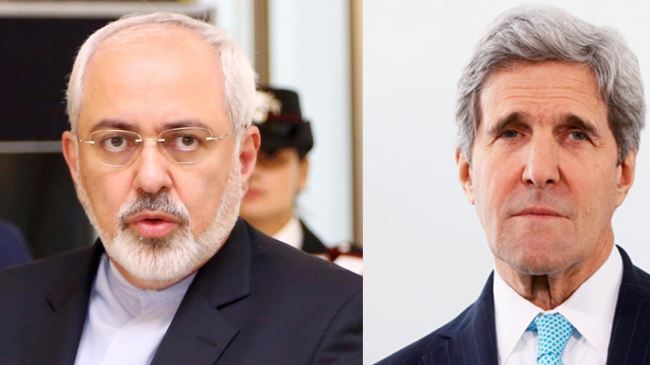 The issue of the Islamic Republic’s nuclear energy program was one of the main pivots of the discussion between Zarif and his American counterpart.

The meeting between the two senior officials, which was held at a hotel on Sunday, came on the third day of the latest round of negotiations between Iran and the P5+1 group.

“They [Zarif and Kerry] discussed both the progress that has been made and the work that still needs to be done,” a senior State Department official said after the meeting.

Kerry “noted that this week is an opportunity to make additional progress and stressed that it is our intention to do so,” he added.

The latest round of nuclear talks between Iran and the six countries – Russia, China, the United States, Britain, France and Germany — started at the UN headquarters in New York on Friday morning.

The Iranian delegation is headed by Zarif and the EU foreign policy chief, Catherine Ashton, leads the other party.

The two sides signed a historic interim deal in Geneva, Switzerland, last November. The agreement came into force on January 20 and expired six months later. In July, they agreed to extend the negotiations until November 24.

According to a US official, Zarif and Kerry also discussed the threat posed by the ISIL Takfiri group.

The State Department official further noted that the two high-ranking diplomats “agreed to meet further as needed while in New York.”

The Takfiri terrorists currently control parts of Syria and Iraq. They have threatened all communities, including Shias, Sunnis, Kurds, Christians, Izadi Kurds and others, as they continue their atrocities in Iraq.

The Western powers and their regional allies — especially Qatar, Saudi Arabia and Turkey — are reportedly supporting the militants operating inside Syria and Iraq.