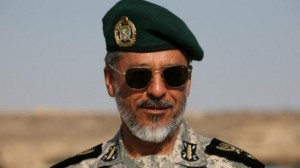 Damavand is a domestically-built Jamaran class destroyer with unique specifics to meet the demands of the Iranian naval forces in the country’s northern waters. The advanced destroyer is capable of tracking the aerial, surface and sub-surface targets simultaneously.

In his previous interviews, the Iranian Navy commander had described Fateh as one of the most advanced submarines of the country and the region.

With the new product coming into service, the Iranian Navy will be equipped with the full range of light, medium and heavy submarines.

Rear Admiral Sayyari also said that a naval exercise, codenamed “Velayat 93”, will be held in the near future.