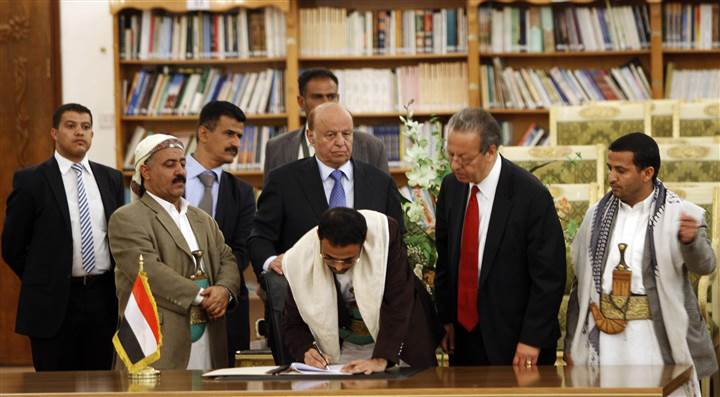 TEHRAN, Sep. 22 (MNA) – Yemen’s Shia Muslim protesters have signed an agreement with other political parties on Sunday to form a more inclusive government.

According to Reuters, Hours before the signing ceremony Prime Minister Mohammed Basindwa submitted his resignation to President Abd-Rabbu Mansour Hadi, saying he hoped the move would help consensus emerge from the accord.

Witnesses at the ceremony said the Houthi representatives refused to sign an annex to the accord which calls for the state to take control of areas seized by the Houthis and to return weapons captured during the fighting.

Other factions who signed the accord, overseen by Hadi at the presidential palace, included a wing of the southern separatist Herak group and the Islamist Islah party.

The accord calls for the creation of a new national unity government within one month which will bring in the Houthis and mostly reverse an unpopular decision to increase fuel prices.