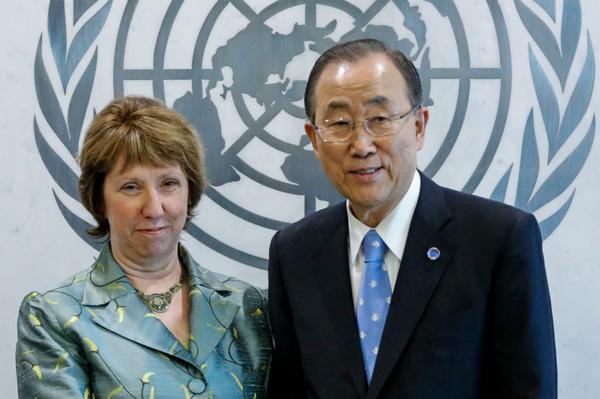 They exchanged views on the situation in Syria and Iraq, and discussed counter-terrorism efforts. As Quartet Members, they also touched upon the state of affairs in the Middle East Peace Process, in particular in relation to recent events in Gaza.

The interlocutors also discussed the situation in Afghanistan, Ukraine, and South Sudan.

The Secretary-General expressed deep appreciation for the High Representative’s personal efforts to further the talks on the Iran nuclear issue as well as her role in the European Union-led political dialogue between Belgrade and Pristina.

He took this opportunity to also thank the outgoing High Representative for her invaluable support to and cooperation with the United Nations during her tenure. He wished her all the best in her future endeavours.