Economy minister: Bank properties to be transferred to public 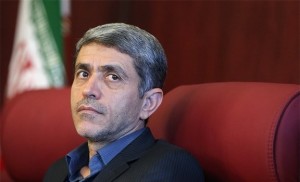 Tehran, Sept 22, IRNA – Minister of Finance and Economic Affairs Ali Tayebnia says corporations transferred to the banks should be ceded to the people, adding that a package of decisions has been considered which can turn basic banking operations profitable.

Speaking at the General Assembly meeting of Bank Sepah on Monday, the minister said increase in the bank’s asset was the result of its positive steps to abandon business activities.

He said one of the reasons for the banks to move towards business activities has been lack of profitability of their banking operations. He added that a package of decisions has been arranged for them to make banking activities profitable.

The minister further remarked that in the plan to bring the banks out of recession various mechanisms have been stipulated to increase their assets and expressed the hope that once those mechanisms are ratified by the Majlis they could become operational and the problem of shortage of financial resources would be solved.

He stressed that agencies that the banks have purchased voluntarily or the government has transferred to them instead of its debts should be ceded to the public.

Tayebnia said all should move in a direction that all banks would fulfill their main and real responsibilities in a specialized and professional manner which is largely demanded by the society, the government and the Supreme Leader.