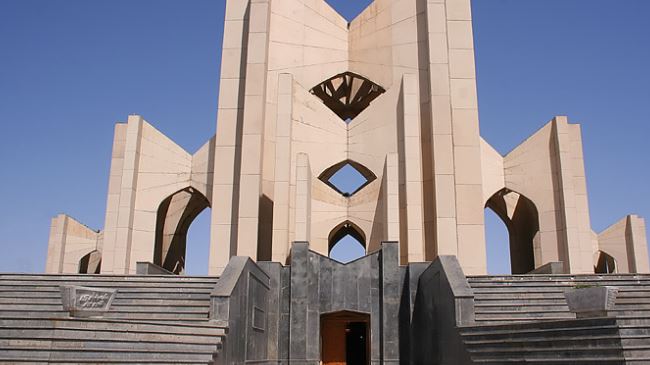 The tomb of Poet Shahriar in Tabriz

Iran has held an international congress on the poet Shahriar in Tabriz to commemorate the country’s renowned contemporary poet.

Iranian Minister of Culture and Islamic Guidance Ali Jannati and a number of eminent poets attended the opening ceremony of the event held on September 17, the National Persian Poetry Day.

The two-day event hosted 40 articles selected from among 300 entries submitted by literary scholars from around the world.

Seyyed Mohammad Hossein Behjat-Tabrizi (1906-1988), known by his pen name Shahriar, was born in Tabriz and is best known for his straightforward language and easy-to-understand poems.

Shahriar was the first Iranian to write poetry in Azeri language and his most famous poem ‘Heydar Babaya Salam’, known by many as one of the best modern poems in the language, has been adapted into a few plays.

Published in 1954, the poem is about a mountain where the poet spent his childhood and has been translated into more than 30 languages.

Shahriar has written many different forms of verse, including lyrics, quatrains, couplets, odes, and elegies. His works have also been set to music by renowned Iranian musicians such as Rouhollah Khaleqi.

Shahriar was also a talented calligrapher and played the sitar. He passed away on September 18, 1988, and the day was named as Iran’s National Day of Persian Literature and Poetry.

The prize is scheduled to be dedicated to institutions, organizations and individuals whose efforts contribute to the works and life of contemporary Iranian poet and scholar Shahriar.