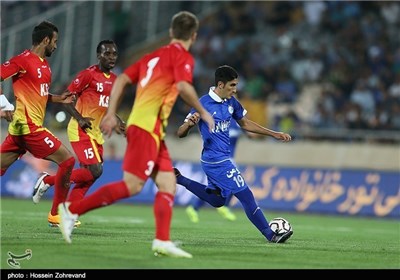 In the match held at the Azadi Stadium in Tehran, Rafiei scored the only goal of the match in the 84th minute.

“First, I congratulate my players due to this victory. I am satisfied with the way my players played,” Dragan Skocic said in the post match news conference.

“We were not good enough in the first half and I made several changes in the second half in order to create more movement.”

“Foolad could not win its two previous matches and we needed the victory against Esteghlal,” the Croat added.