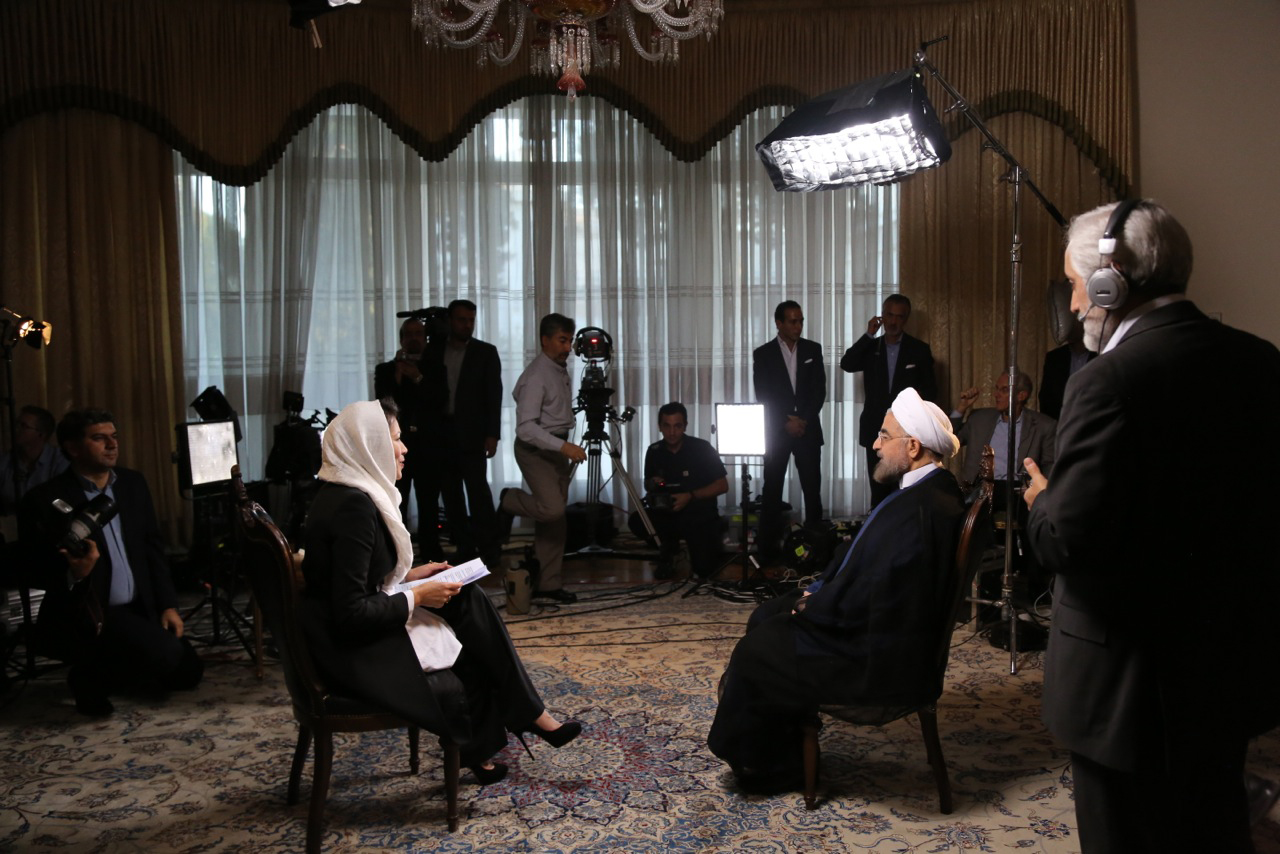 Iran not to support US action in Iraq: President Rouhani

TEHRAN (Tasnim) – Iranian President Hassan Rouhani announced that Tehran does not support the US military operations in Iraq, describing any threats to the holy sites in the Arab country as red line for the Islamic Republic.

In an interview with American network NBC News ahead of his visit to the United Nations, Rouhani said Tehran will not support US action in Iraq and described the US-led coalition against ISIL as “ridiculous”.

“This coalition is to some extent ridiculous as some members of the coalition are the ones who created these terrorists groups (operating in Syria and Iraq) and financed- and still finance- them…,” the Iranian chief executive underscored.

Asked about Iran’s assistance to Iraq in its fight against the so-called Islamic State in Iraq and the Levant (ISIL), Rouhani said Tehran will provide Iraq with any support it requests for combating ISIL.

Rouhani denounced ISIL for its brutality, saying that the terrorist group’s actions run counter to the tenets of Islam.

“… from the viewpoint of the Islamic tenets and culture, killing an innocent person equals the killing of the whole humanity. And therefore, the killing and beheading of innocent people in fact is a matter of shame for them and it’s a matter of concern and sorrow for all mankind,” he stressed.

Nuclear negotiators representing Iran and the Group 5+1 (Russia, China, the US, Britain, France and Germany) are now in New York to hold a fresh round of talks on Tehran’s civilian nuclear work.

Iran and the sextet are trying to work out a lasting accord aimed at ending the longstanding dispute over Tehran’s civilian nuclear activities.