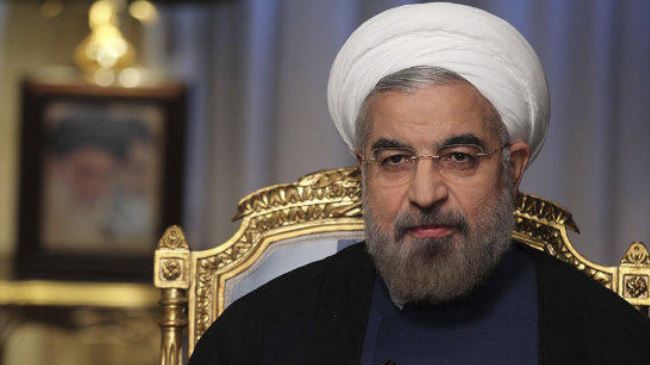 Rouhani made the remarks in an exclusive interview with NBC News in Tehran on Wednesday, saying the coalition members include those who provided the ISIL with weapons and training.

President Rouhani reiterated that Iran will not allow terrorists to occupy the Iraqi capital Baghdad or the holy cities of Najaf and Karbala, calling it a “red line” for the Islamic Republic.

“We will not allow Baghdad… or the religious sites such as Karbala or Najaf to be occupied by the terrorists,” he said.

Rouhani also said Iran will provide Iraq with any support Baghdad asks for to fight the terror group.

The Iranian president went on to say that any airstrikes against the Takfiris must be conducted with permission from the government and people of that country.

Rouhani also slammed the ISIL for atrocities it commits in Iraq and Syria, saying, “The killing and beheading of innocent people is in fact a matter of shame for them and it’s a matter of concern and sorrow for all the human and all the mankind.”

The Takfiri terrorists currently control parts of Syria and Iraq. They have threatened all communities, including Shias, Sunnis, Kurds, Christians, Izadi Kurds and others, as they continue their atrocities in Iraq.