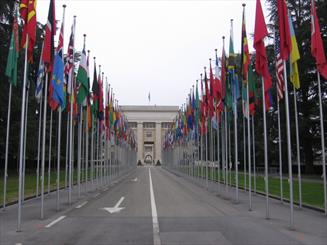 TEHRAN, Sep. 18 (MNA) – Some Iranian families of victims of terrorism have delivered a speech in the workshop on Terrorism in The Geneva Summit for Human Rights and Democracy.

Association for Defending Victims of Terrorism (ADVT) held a workshop titled “Terrorism and Human Rights” during the 27th session of the Human Rights Council which is currently being held in Geneva.

The topics discussed included the reasons for the increase in terrorists’ ability to recruit new members from around the world, analyzing the role of civil society and victims of terrorism in the fight against terrorism, directing the world’s attention to the return to traditional slavery in the form of ISIL and Boko Haram hostage taking.

Furthermore, the ADVT representatives discussed international reactions, particularly UN Security Council Resolution 2170 which has disregarded the victims of terrorism and the long-term consequences on them.

Masoud Alimohammadi was an Iranian quantum field theorist and elementary-particle physicist assassinated on the morning of 12 January 2010 in front of his home in Tehran, while leaving for university.