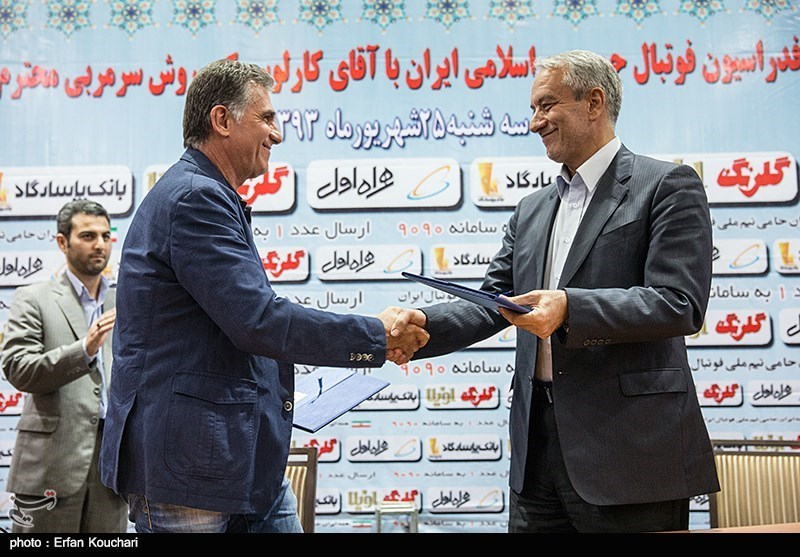 Queiroz to coach Iran through to 2018 World Cup

Tehran (AFP) – Portugal’s Carlos Queiroz has signed a four-year contract extension to stay on as Iran coach until the 2018 World Cup.

The 61-year-old, who guided Iran at the recent World Cup finals in Brazil, said in June he was on the verge of stepping down, claiming he had the support of neither the government nor the national federation.

However, after extended negotiations, the former assistant to Alex Ferguson at Manchester United, has now agreed to lead the team for another four years.

Details of the contract, which Queiroz signed on Tuesday in Teheran, were not revealed although they were were reportedly similiar to the orginal deal.

“It is significent (salary increase), but not greatly higher than the precedent (contract),” local media quoted Irananian federation president Ali Kaffashian as saying.

The initial objectives for the former Real Madrid coach are to achieve top results at the Asian Cup, which takes place in Australia in January, as well as qualifying the team for the 2018 World Cup in Russia.

Queiroz took over as Iran coach in April 2011 and led the team to their fourth appearance at the World Cup in Brazil where they were eliminated in the first round.