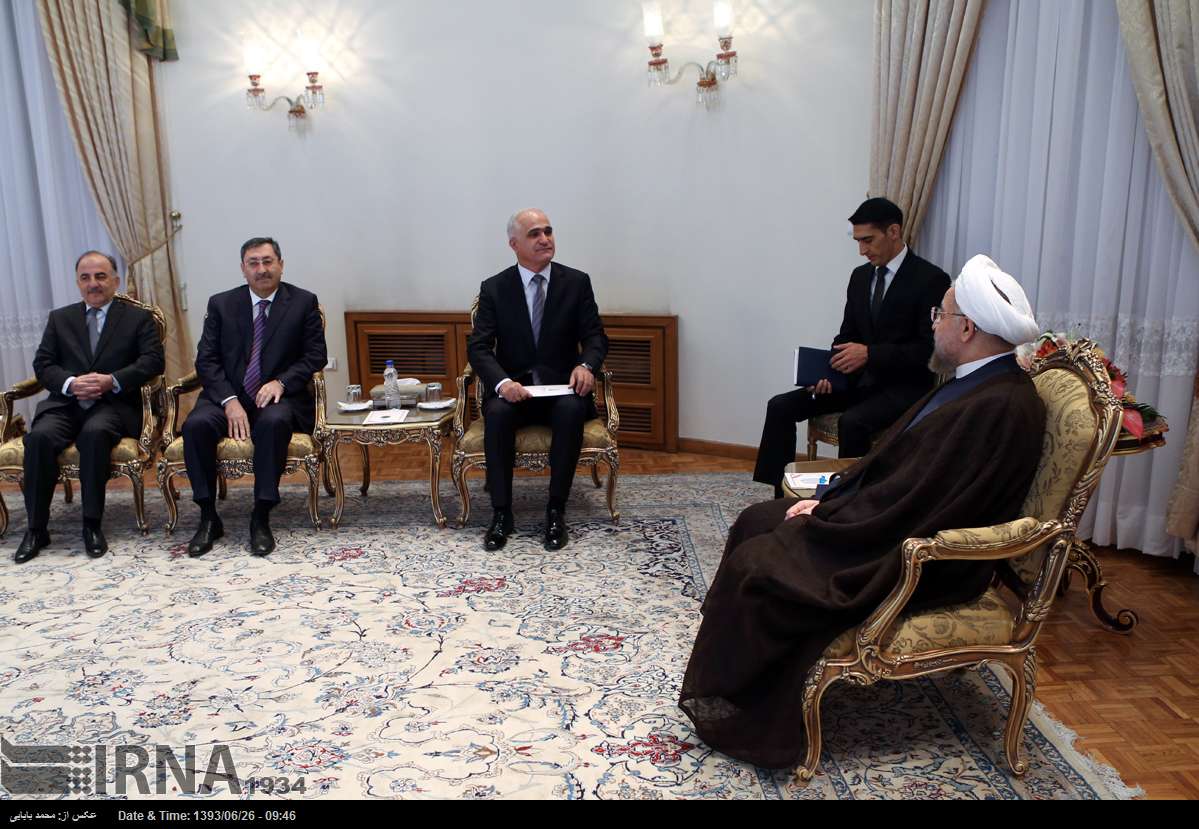 TEHRAN (Tasnim) – Iranian President Hassan Rouhani emphasized the need to promote Tehran-Baku relations, saying that third parties should not be allowed to undermine ties between the two neighboring states.

In a Wednesday meeting with Azerbaijan’s Minister of Economic Development Shahin Mustafayev, President Rouhani described relations between the Iranian and Azerbaijani people as age-old and deep-rooted, and said that the two nations can have closer ties in all political, economic and cultural areas.

“The young plant of the close and friendly ties between Iran and Azerbaijan should grow stronger,” he said, adding, “We should not allow third parties to disrupt the close relations between Tehran and Baku.”

Elsewhere in his remarks, the Iranian president expressed deep concern over the Israeli regime’s aggressions against the Palestinian people and said, “The conditions in Gaza in recent months, showed that the Zionist regime does not adhere to any of the provisions of international law or humanitarian principles.”

He further asked Muslim nations to be sensitive about the rights of their Muslim brothers in the region.

Rouhani also said that Iran has sent humanitarian aid and medical facilities to the people of Gaza, and expressed the hope that other Muslim countries would carry out their “Islamic and humanitarian duty” to help the oppressed people.

In a stark reminder of the Tel Aviv regime’s brutalities, more than 2,000 Palestinians, most of them civilians including more than 490 children, were killed in the Gaza Strip after Israel launched 50 days of offensive on the coastal enclave of 1.8 million population on July 8.

During the Wednesday meeting, the Azerbaijani minister, for his part, hailed relations between Tehran and Baku as growing and said Azerbaijan is determined to strengthen ties with Iran in all fields.