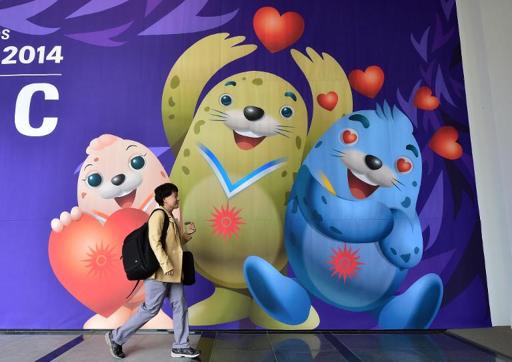 Iranian kicked out of Asian Games over sexual harassment

The Olympic Council of Asia (OCA) banned football equipment manager Amereh Ahmad from Games sites and asked the Iranian team to send him home for verbally harassing the volunteer on Monday.

Also on Wednesday, police were investigating a Palestinian footballer who was accused of groping a female worker in an athletes’ village laundry room the day before. The player was banned from leaving the country.

The incidents prompted the organising committee to put up signs in Games accommodation warning against harassment, while the OCA said it had “zero tolerance” for such cases.

“It was not a matter of a physical attack; it was verbal sexual harassment,” OCA director general Husain Al-Musallam said in a statement, referring to the Iranian official.

“The OCA will not tolerate any misbehaviour of this nature and we will take a tough stance. We cannot accept this, so we have removed him from the Games.”

In a third case related to the Asian Games which formally open on Friday, an Indian gymnast and his coach were under investigation for allegedly harassing a female athlete at a pre-Asiad camp in New Delhi.

“Sexual violence is a serious crime that impoverishes the victim’s mind and mentality,” said the notices seen in official Games accommodation.

“The assailant will definitely be punished and may bring down the virtue of his/her nation.”

An IAGOC official said the matter would be addressed at a scheduled meeting on Friday with the OCA and representatives of the Games’ 45 national Olympic committees (NOCs).

He added that workers and volunteers had also been warned to be careful during the two-week event involving 13,000 athletes, coaches and officials.

“We strongly asked all the NOCs to make their players respect the methods and practices of the host country with concern to sexual harassment cases,” the official told AFP.

“We ask volunteers to be more concerned about sexual harassment cases to stop them being sexually harassed,” he added.

In the case in New Delhi, the gymnast made a complaint after a male athlete and his coach “started behaving in a vulgar way and used words which were intolerable.

“First they made comments about my dress and then about my under-garments,” she told an AFP reporter in the Indian capital.

“They made fun of me. They were laughing among themselves and passing comments on me.”

There was no immediate word from Indian authorities on whether the two men would be allowed to travel to the Games.