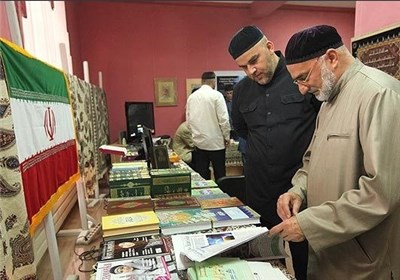 The exhibition will be held in the Russian capital on September 20.

The arrangements for the upcoming event was made in a meeting between head of Iran’s cultural attaché office in Russia, Seyed Hossein Tabatabayi and Roshan Hazrat Abbasov, first deputy head of Russia’s Council of Muftis, held in Moscow on September 15.

The exhibition will coincide with the 15th Moscow International Quran Reciting Competition, due to take place in Moscow’s concert hall “Korolevsky” on September 28, according to Russian Muftis Council website.

The annual Quran competition in Moscow has been held regularly since 2000.

Russia’s 20 million Muslims make up around 15 percent of the population of more than 140 million, and the percentage is expected to grow.