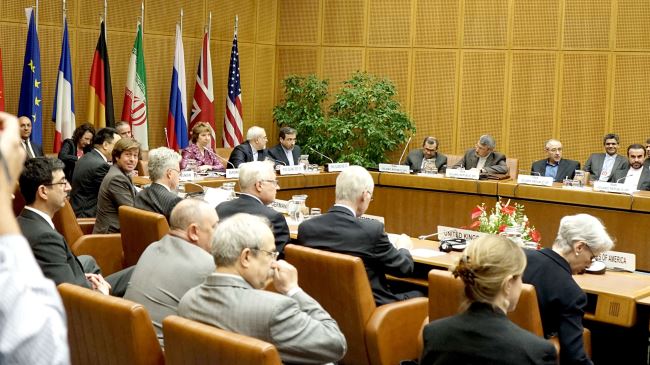 US illegal demands will cause nuclear talks to fail

As Iran and the six world powers are about to hold a fresh round of nuclear talks, some experts have noted that excessive demands put forth by the US during the talks, including for unlimited access to Iran’s military sites, will finally lead the negotiations to failure.

According to the latest reports, the United States, in its most recent negotiations with Tehran, has called for extensive inspection of Iran’s military sites, which have nothing to do with the country’s nuclear energy program, Press TV has learned.

Based on new information, in addition to Iran’s uranium enrichment issue which remains a bone of contention between Tehran and the six world powers, the two sides are also in discord over the degree of transparency that should be exercised by Iran regarding its nuclear energy program.

While it was previously believed that transparency is among issues over which the two sides can easily reach an agreement, the latest reports have revealed that the US is turning it into a crisis in the negotiations by bringing up illogical, excessive demands.

According to the interim Geneva deal reached between Iran and the P5+1 last November, the highest level of transparency that can be imposed on Iran’s nuclear energy program in the final step will be based on the ratification and implementation of the Additional Protocol to the Non-Proliferation Treaty (NPT).

The deal also emphasized that Iran and the International Atomic Energy Agency (IAEA) should settle all outstanding issues before the conclusion of a comprehensive agreement between Tehran and the P5+1 group of countries.

Based on international regulations, Iran has no obligation to accept the IAEA inspections of its military sites as the UN nuclear agency is just a professional organization in the field of nuclear energy.

During the last round of negotiations with Iran, the US has reportedly urged that the final agreement should give Washington four-times-a-year access to some military facilities in Iran. However, the Iranian nuclear negotiating team has strongly opposed the demand.

Experts say that after the US made such a demand, the Iranian negotiators announced that they did not expect the two sides to reach a final agreement in the upcoming talks in New York.

It is not clear whether the Americans have made such a demand to increase their bargaining power or they seek to obtain the maximum amount of concession from Iran.

Security experts believe that the Americans are highlighting the significance of Iran’s enrichment capacity as a means to keep the importance of transparency issue in the shadows, while in practice it is of tantamount importance to them to find ways to receive sensitive information on nuclear and defense developments in Iran.

“…The Americans seek to develop an infrastructure for legal espionage against Iran. As we are getting close to the end of negotiations, the Americans are putting more emphasis on their main goal,” a senior security expert, speaking on condition of anonymity, said in Tehran.

Analysts believe that illegal and excessive demands put forth by the US during negotiations, which go well beyond what the IAEA expects from Iran, will finally lead to the failure of nuclear talks between Tehran and the six countries.

The seventh round of talks between Iran and the P5+1 – Russia, China, France, Britain, the US and Germany, which is supposed to narrow the remaining gaps and finalize a nuclear deal between the two sides, will officially begin on Thursday.

Last November, Tehran and the P5+1 signed an interim deal in Geneva, which took effect on January 20 and expired six months later. In July, Iran and the six countries agreed to extend negotiations until November 24 after they failed to reach common ground on a number of key issues.