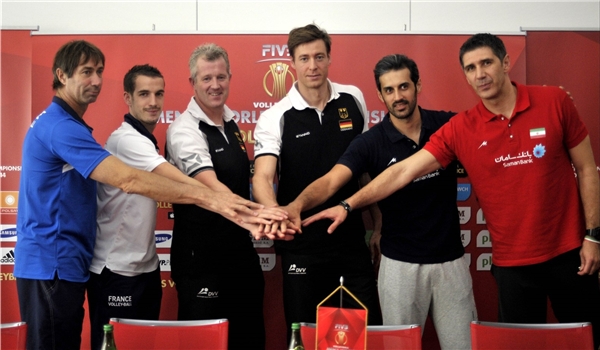 Slobodan Kovac: We are among volleyball powerhouses because we are good

TEHRAN (FNA)- Iran coach and captain say they shouldn’t be seen as surprise to the FIVB World Championship Final Six Round as they are now among the world volleyball powerhouses.

While many volleyball experts are labelling them as the surprising teams of the tournament in comparison to the other three big machines in the Final Six, the representatives of Iran, France and Germany all think their squads are as capable to win it all as the more favoured teams from Brazil, Russia and host Poland.

They attended to a press conference organized on the eve of the start of the third-round competitions in Katowice where they expressed their arguments to justify why their sides should be considered strong contenders to move into the last round with fair chances of continuing to do what they have achieved thus far.

Iran’s coach, Serbian Slodoban Kovac, was the most emphatic of all of them when assessing the possibilities of his team advancing to the Final-Four group.

“We’ve played well for the whole tournament and we want to continue playing good volleyball,” he added.

“For the last four months we have been training hard and playing and winning against very good teams in Tehran and outside of Tehran. We won matches against teams like Italy and Brazil and finished fourth at this year’s World League,” Slobodan Kovac underlined.

Like the first round of the tournament, Seyyed Mohammad Moussavi was named as the best blocker (1.36), and Capitan Saeid Marouf as the best setter (9.64) of the second round of FIVB World Championship.