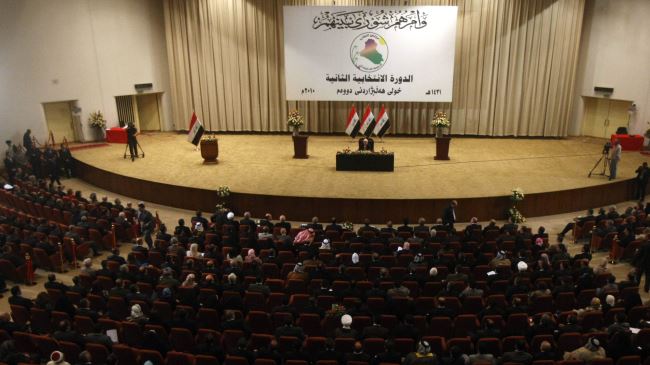 A view of the Iraqi parliament (file photo)

The Iraqi parliament debated on Tuesday who should fill two of the top jobs in the government of Prime Minister Haider al-Abadi.

Crucial in bringing about political stability in Iraq, both posts are greatly needed for reconciliation after years of exclusionary policies and political wrangling.