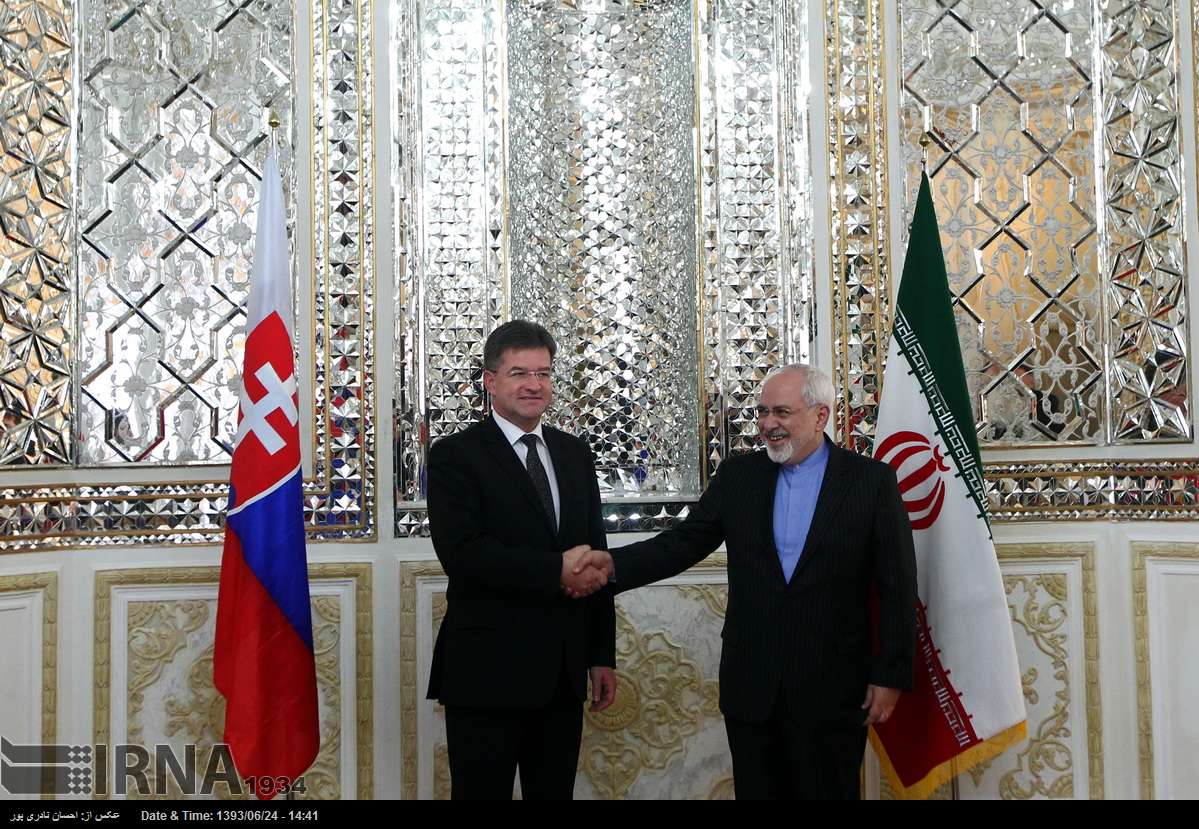 In a Monday meeting in Tehran, Zarif and the Slovak minister, who is also the country’s deputy Prime Minister, called for the reciprocal visits by the two countries’ high-ranking officials.

During the meeting, Zarif emphasized the need to promote political, economic, parliamentary, cultural and scientific cooperation between the two nations.

He also expressed the hope that economic cooperation between Iran and Slovakia would  further develop in various secotrs.

The Slovakian foreign minister, for his part, called for the promotion of Tehran-Bratislava relations and said increase in the level of cooperation in all areas should be on the agenda.

The two foreign ministers also exchanged views on the latest developments in Iraq, Syria, Afghanistan and Ukraine as well as the  ongoing nuclear talks between Iran and six world powers.