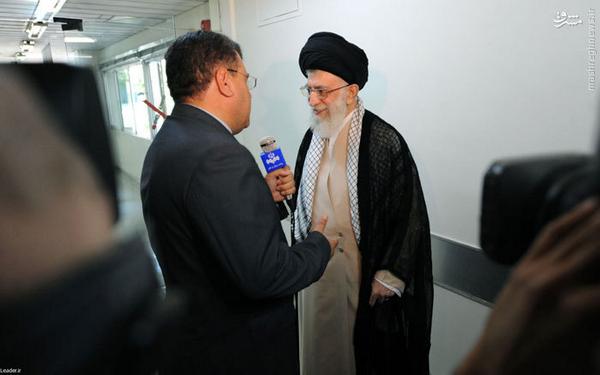 US after continued military presence: Leader

Tehran, Sept 15, IRNA – Supreme Leader of the Islamic Revolution Ayatollah Seyyed Ali Khamenei on Monday said the reason behind US plan to form a coalition against the terrorist group of Daesh (ISIS) is to maintain its military presence in the region.

The Supreme Leader made the remarks after being discharged from a Tehran hospital where he underwent a routine surgery last Monday.

The Leader left the hospital in good health and after complete recovery this morning.

Ayatollah Khamenei’s statements come while an international conference opened in Paris, France, today to discuss a so-called US-led coalition against the terrorist group of Daesh.