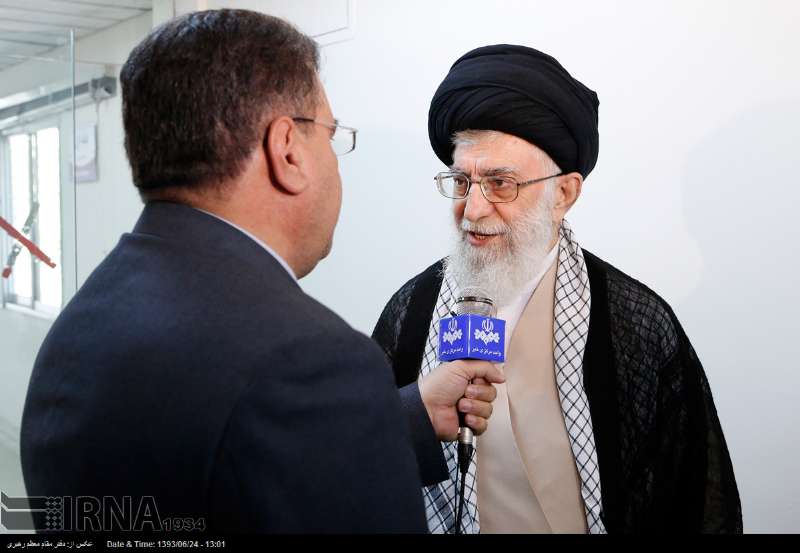 Supreme Leader: ISIL backbone broken by Iraqi people, army not by US

The Iranian Supreme Leader said listening to the US claims about its war on the Islamic State of Iraq and the Levant was much fun for him when he was hospitalized for his recent surgery, adding that both Washington and the ISIL know well that the terrorist group has been defeated by the Iraqi people and army and not by the US.

Iraqi President Fouad Massoum expressed regret that Iran was not invited to take part in the 26-nation anti-Daesh conference in Paris on Monday.

A senior Iranian negotiator in the talks with the six world powers (the US, Russia, China, France and Britain plus Germany) said a final deal over Iran’s nuclear issue should include a removal of all sanctions imposed against Iran.

Iran’s senior negotiator has said it is unlikely that Iran and Powers reach a final deal in New York round of nuclear negotiations.

Leader of the Islamic Revolution Ayatollah Seyyed Ali Khamenei has been discharged form hospital after undergoing a successful prostate surgery.

The head of the U.N. nuclear watchdog sought to put pressure on Iran on Monday to address concerns about its suspected atomic bomb research, three weeks after Tehran failed to meet a deadline for providing information about the issue.