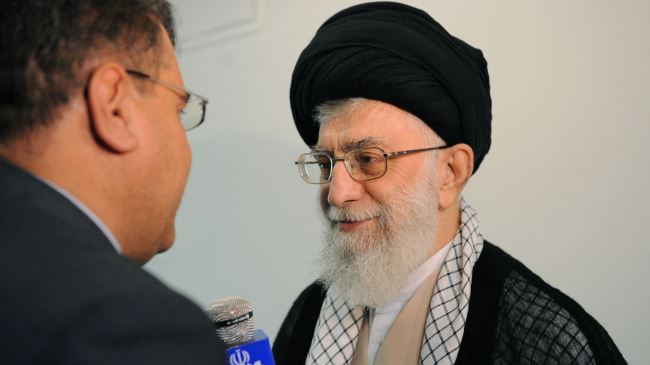 Leader of the Islamic Revolution Ayatollah Seyyed Ali Khamenei speaks to a journalist after his release from hospital in Tehran on September 15, 2014.

Leader of the Islamic Revolution Ayatollah Seyyed Ali Khamenei has been discharged form hospital after undergoing a successful prostate surgery.

Ayatollah Khamenei left the hospital Monday morning after a weeklong treatment there.

Before leaving the hospital, the Leader thanked the personnel of the hospital as well as the officials and people who visited him during the recovery.

On September 8, the Leader was hospitalized at one of Tehran’s public hospitals and underwent prostate surgery.

Many Iranians and foreigners visited the Leader in the hospital.