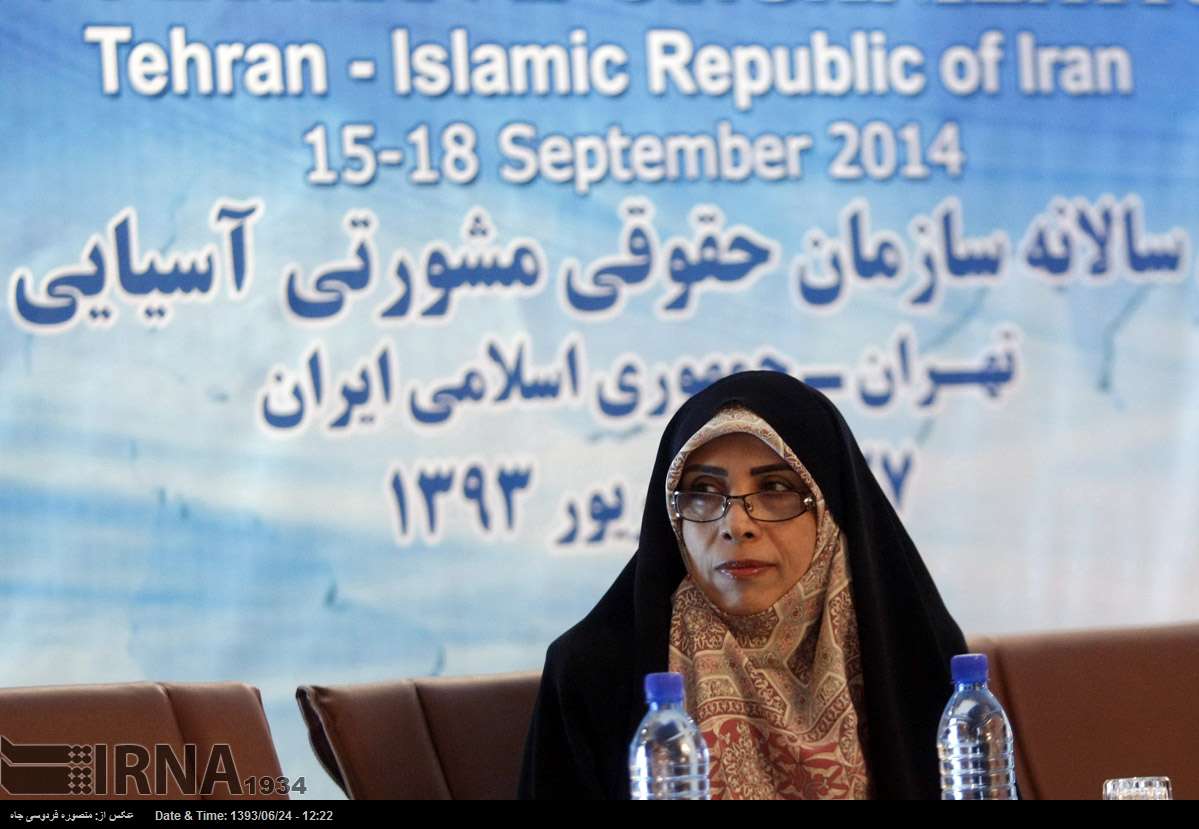 TEHRAN, Sep. 15 (MNA) – Elham Aminzadeh, Iran’s deputy president for legal affairs, stated that AALCO is able to bring in all nations to be included in the international law.

During The 53rd annual meeting of Asian-African Legal Consultative Organization (AALCO) which was held this morning in Tehran, Elham Aminzadeh, Iran’s vice president expressed she was glad that Iran has hosted the summit for the third time and said, “AALCO is the only intergovernmental organization whose membership extends beyond the region.”

“AALCO demonstrates that it is only through law that peaceful coexistence in Asia and Africa is possible. International law must not be monopolized by a few countries; it also must not be applied selectively, and influenced by the practices of a few world powers. AALCO makes it possible that all nations can feel a sense of ownership towards the international law.”

“Many countries in Asia and Africa are affected by unprecedented terrorism and atrocities,” she continued, “hundreds have been mutilated and driven from their homes.”

“The Syria crisis may reach the neighboring countries,” she warned, “we have asked our friends to learn from history since terrorism knows no law or limits.”

In regard to the proposal of Iran’s President in the UN General Assembly last year about a world free from violence and extremism, she asserted, “Iran’s President intended to warn the world against the threat of terrorism by putting forward this proposal and now we see that this message is significant today more than any other day. The world has finally come to this conclusion that the only way to stop terrorism and violence is to get all countries united against the threat both in action and in words. “

“The international Law has the required instruments to combat terrorism,” she maintained, “AALCO, too, needs to plan for fighting against terrorism and violence. This summit is a great opportunity to reassess the old issues such as the Palestine issue and the Palestinian refugees’ problems which have concerned the whole global community.”

Iran deputy president for for legal affairs went on saying, “Israel’s continuous assault on Gaza along with the siege that lasted nearly a decade has worsened the conditions of Palestinian refugees. The Zionist regime owes its drawn-out immunity to its repeated violation of human rights.”

The Asian-African Legal Consultative Organization (AALCO) was constituted on 15 November 1956. Forty-seven countries comprising almost all the major States from Asia and Africa are presently the Members of the Organization. These countries include Islamic Republic of Iran, Japan, Jordan, Pakistan, Syria, South Africa, Thailand, Turkey, etc.