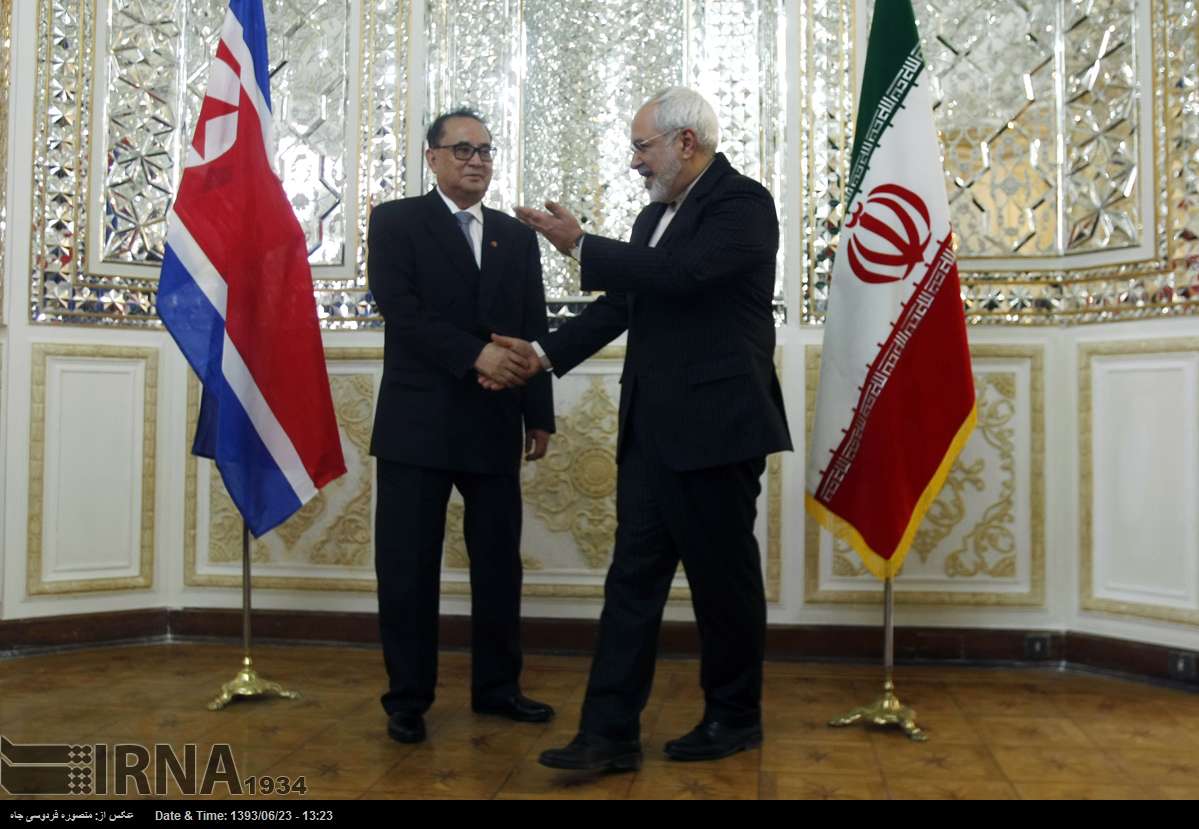 TEHRAN (Tasnim) – Iran’s foreign minister said the country’s private investors can contribute to the enhancement of relations between the Islamic Republic and North Korea by launching economic activities in the East Asian country.

“By getting involved in the arena of economic cooperation, the Iranian private sectors can take up a unique role in the expansion and deepening of trade and economic ties between the two countries and guarantee the promotion of ties,” Mohammad Javad Zarif said in a meeting with his North Korean counterpart, Ri Su-yong, in Tehran on Sunday.

The minister also pointed to the nuclear talks between Iran and six world powers, stressing that a final, comprehensive deal on Tehran’s peaceful nuclear program is within reach if the other side shows real goodwill for settling the standoff.

The North Korean minister, for his part, expressed Pyongyang’s enthusiasm for the presence of Iranian private investors in that country.

He also slammed as “unfair” the sanctions imposed by the West against Iran and North Korea, noting that the unilateral sanctions helped the both nations boost self-confidence and internal development.

Iran and the Group 5+1 (Russia, China, the US, Britain, France and Germany) are in talks to reach a final agreement over Tehran’s nuclear energy program and the removal of unjustified sanctions against Iran.

The two sides are supposed to hold meetings in New York this week.