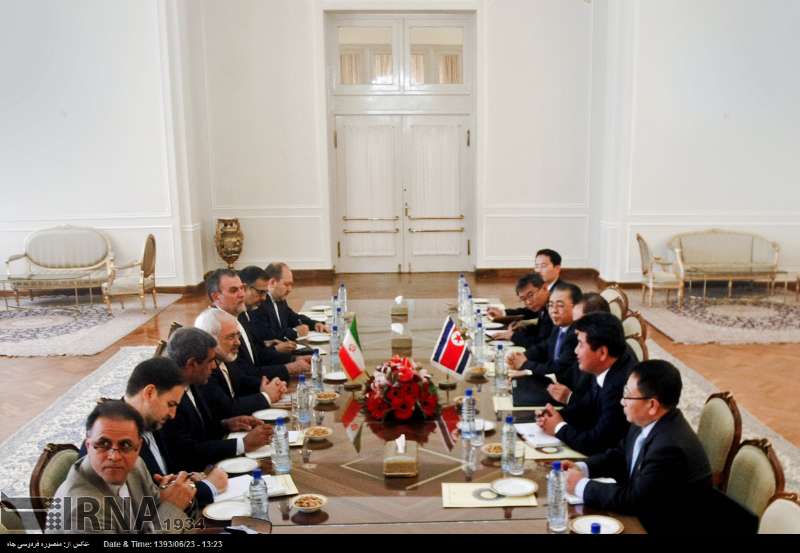 Should the G5+1 prove its firm determination to resolve the nuclear dispute, it will be concluded at the earliest, he said.

Zarif made the remarks in a meeting with North Korean Foreign Minister Ri Su Yong in Tehran.

The Democratic People’s Republic of Korean foreign minister and his entourage are in Tehran to attend the 53rd annual meeting of Asian-African Legal Consultative Organization (AALCO).

No one in Iran is ready to overlook the Iranian legitimate rights enshrined by the Non-Proliferation Treaty, he said adding that the Islamic Republic of Iran under no circumstances will let the western governments misportray Iran.

Referring to deeply rooted relations between the two sides, he said Tehran is ready to spare no efforts to develop ties with the Democratic People’s Republic of Korea.

He said that the Western governments have imposed the toughest economic sanctions on Iran which have no precedent in history.

Based on the Islamic and political beliefs, Iran never seek proliferation of nuclear weapons and always has opposed proliferation and stockpiling nuclear warheads and believes in nuclear disarmament, he said.

The Noth Korean foreign minister, for his part said his country is determined to broaden all-out relations and cooperation with Iran.

Praising Iran’s principled stand, he said Iran has adopted a successful stand in dealing with regional and global developments mainly in Iraq and Syria.

Economic sanctions imposed on Iran and North Korea are unjust and unfair, he said adding that despite the wish of the bullying powers, the sanctions led to self-reliance and economic development of the two countries.