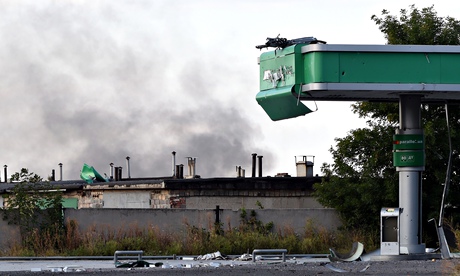 Ukraine fights off attack on Donetsk airport by pro-Russia forces

Ukraine’s military says it has successfully defended the government-held airport in Donetsk from an attack by pro-Russia rebels.

A large plume of black smoke hung over the airport after it came under artillery fire late on Friday, in one of the biggest battles since a fragile ceasefire was declared.

Continuous rocketfire could be heard overnight in the city of Donetsk, controlled by pro-Russia forces. City officials said shells had hit residential buildings near the airport, although no casualties were reported.