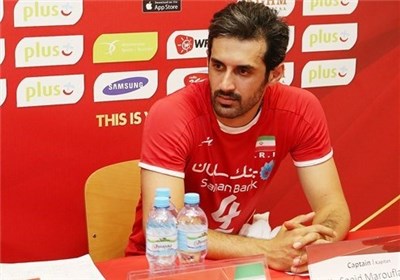 TEHRAN (Tasnim) – Iran captain Saeid Marouf said that Poland took advantage of its services against them in the 2014 FIVB World Championship.

“Poland played some really good volleyball. They killed us with their service, we had nothing to do about it, but we came back to the game when they thought it was over,” Iran captain Saeid Marouf said in the post match news conference, poland2014.fivb.org reported.

“We played our maximum in the fourth set and in the final one and we were good until 14-14, but there we struggled in counter attack and Poland won. We tried our best, but here’s the result,” the setter said.