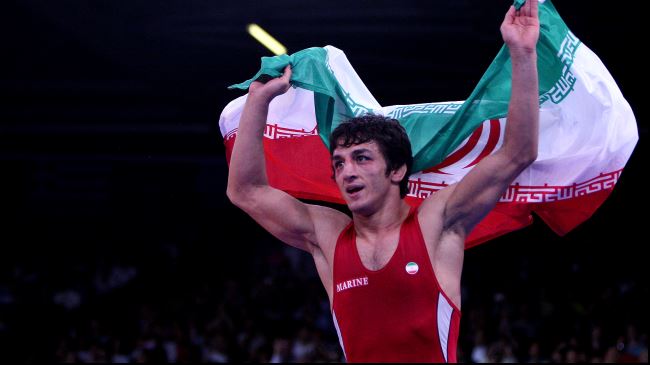 The Iranian Greco-Roman team won the World Wrestling Championships in Tashkent, Uzbekistan, on Sunday for the first time with 42 points.

In the 59kg category, London 2012 Olympic Games gold medalist, Hamid Souriyan defeated Mingiyan Semenov from Russia 2-1 at the Gymnastics Palace to move into second place on the all-time Greco-Roman titles list with seven.

The Iranian legendary claimed his 6th world title to register his name as the only Iranian wrestler with seven gold medals which include his title at the 2012 Olympics.

On Saturday, Omid Haji Norouzi won a silver medal in the 66kg category after being defeated by Serbian Davor Stefanek 7-3.