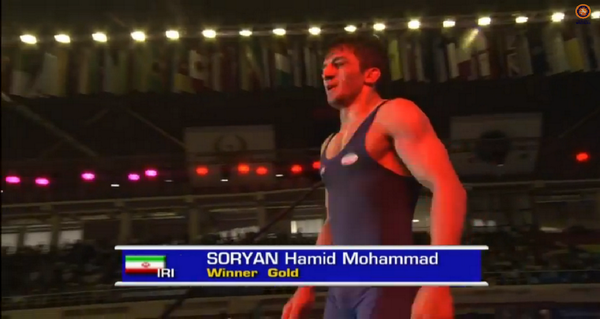 In the final match held at the Gymnastics Palace in Tashkent, Uzbekistan, the 59kg wrestler defeated Mingiyan Semenov from Russia 2-1 and won the title.